Tolerance of misbehavior leads to violence 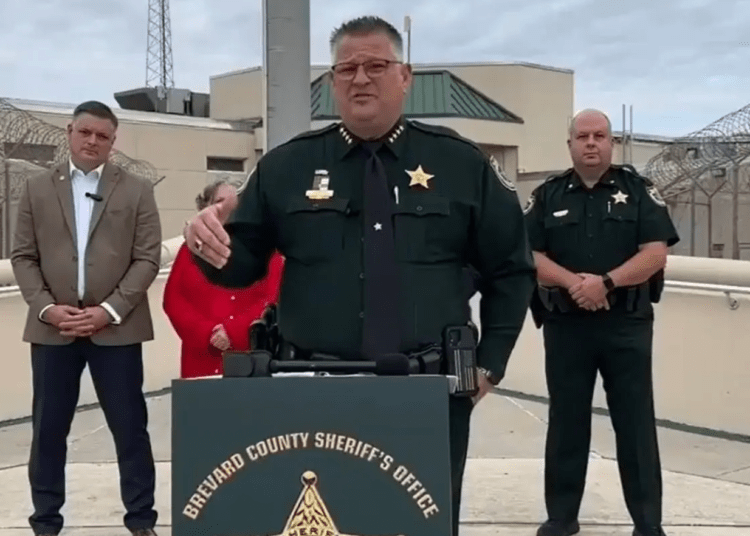 The principle is simple, if you tolerate misbehavior you will facilitate disorder. It’s a fundamental truth that is being discarded in America. Police officers throughout the U.S. can offer a myriad of examples of the correlation between tolerance of misbehavior and the violence that has erupted in the past few years.

The dangers have been manifested with violent crime taking place on school campuses, an alarming increase in teen and pre-teen killers, riots caused by ‘social justice protesters’ demanding defunding, deprogramming, and deleting police presence, along with increased homicide rates in general. A nexus continues to be an increased level of tolerance for acts of misbehavior and crime.

The sheriff said he’s received extensive reports of dangerous and sometimes violent student misbehavior from teachers, school staff and administrators. As a result, Ivey announced his intentions to reform the county’s discipline guidelines.

“Our teachers are distracted. They can’t do their jobs anymore, and they are spending more time dealing with [students] disrupting their class than they are teaching those that actually came there to learn,” Ivey said at his original press conference.

Ivey pointed to the decline in consequences for bad behavior in public schools. Punishment has essentially vanished.

As you might imagine, Ivey received pushback from various groups. However, that doesn’t negate the fact that authority figures in different institutions are trying to cope with increased violence that stems from excessive tolerance for misconduct.

Tony Kinnett is the executive director of the heterodox education publication Chalkboard Review, and the former STEM coordinator and head instructional coach for Indianapolis Public Schools. In an excerpt from an opinion piece, he wrote,  “After teaching in elementary, middle, and high school science classes, and directing the science teachers and curriculum for a 35,000 student district, I’ve concluded that our modern methods of managing student behavior are an abysmal failure. I’ve watched as teachers tried to coddle, affirm, and indulge their way to a great classroom—only to be met with disappointment, disrespect, and violence.”

Continuing, Kennett noted, “The behavioral practices and classroom management techniques we were forced to implement are responsible. Restorative justice, affirmation-based conversations, and soft promises have replaced the clear expectations and consequences that provided children with safety and consistency over the last two hundred years.”

According to a recent survey, a majority of Texas teachers are on the verge of resigning.

The study, which was conducted by the Texas State Teachers Association, says that 70% of the 688 teachers surveyed are seriously considering leaving their profession for a variety of reasons, classroom safety among them.

A Texas teacher told Law Officer, “I now wear a sweatsuit to teach school because I am required to be a ‘human shield’ between children who are misbehaving and other students who get victimized by these actions. Discipline has been removed as an option. All it takes is one or two tyrants to completely disrupt the learning environment in a classroom, and our remedies are nil. The entire educational approach to address the problem student is to tolerate the devilish actions and attempt to divert the child until he or she — oops, my district doesn’t believe in pronouns any longer — calms down. Too often the entire day is lost due to the misbehavior of a single child.”

Another teacher who recently left the profession acknowledged, “My lifelong dream was to teach. After ‘refereeing fights’ in my kindergarten class, I left and became a personal trainer. The school district did not allow us to discipline children. And they (kids) are quick learners. They quickly determine where the boundaries are, and when there are none, guess who rules. Not the teacher!”

Law Officer has noted the increased violence among teens, many who’ve become killers in record setting numbers. If you doubt my words, simply scan the articles below. This is merely a sample. Sadly, there are many more.

Further evidence of the moral rot caused by tolerance of bad actors can also be found with letter carriers, …  that’s right, the U.S. Postal Service. Outside of the Pony Express delivering correspondence in extreme weather conditions way back when, has there ever been a time in the history of America when it has been so dangerous to deliver the mail? Not that I’m aware of!

USPS mail carriers are experiencing physical harm, and in two cases, they’ve been murdered … for delivering the mail.

So back to my point. Tolerance has been branded as “loving” and “compassionate” by the people and politicians who are perpetuating violence on the rest of us. As a result, this worldview has essentially led to a lack of discipline involving primary age children and the decarceration movement in America through “bail reform,” “prison reform,” “police reform,” etc. In reality, the only thing being reformed is the personal safety of more and more Americans, and that should be viewed as the utter failure of those in charge.

Finally, there is nothing that is loving or compassionate about tolerating destructive behavior, whether it’s misbehavior in the classroom or criminal conduct on the streets. Quite frankly, it’s abusive since it creates a foundation of self-destruction. Eventually, destructive tendencies will manifest into explosive behavior in one form or another.

If we really want to love those around us, we should not tolerate actions that destroy people, places, or things.