The state has now set an all-time record for homicides in back-to-back years. 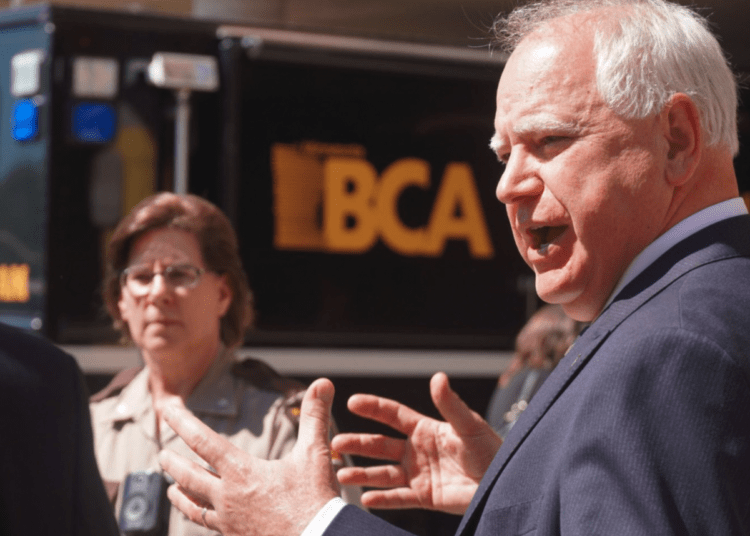 Gov. Tim Walz’s administration waited until nearly 4 p.m. on a Friday afternoon to release a report showing violent crime has soared in Minnesota in back-to-back years.

In its annual uniform crime report for 2021, the Minnesota Department of Public Safety (DPS) said violent crime increased by 21.6 percent last year, a bigger jump than the 16.6 percent increase seen in 2020.

The increase was higher in the seven-county metro area, where violent crime rose by 23.9 percent. Greater Minnesota experienced a 16 percent increase.

Last year was also the first year DPS tracked carjackings, distinguished from motor vehicle thefts by the presence of the victim during the crime. There were 779 statewide.

Assaults on police officers have also reached record highs in back-to-back years. There were 900 incidents reported last year, up 35 percent from 2020’s record of 667. At the same time, use-of-force incidents decreased from 45 in 2020 to 30 last year.

Republican Party of Minnesota Chairman David Hann slammed Gov. Walz’s attempt to lower publicity of the report with a “Friday news dump,” when most voters are tuned out and preparing for the weekend.

“Violent crime has skyrocketed under the failed leadership of Gov. Walz and Democrats. Gov. Walz’s judicial appointees routinely let violent criminals off with slaps on the wrist, and his appointees to the sentencing guidelines commission are actively working to reduce sentences for repeat criminals,” added House Minority Leader Kurt Daudt.

Sen. Warren Limmer, chair of the Public Safety and Judiciary Committee, criticized Democrats for rejecting proposals last session to increase sentences for violent offenders and hold judges accountable with a new database of their sentencing decisions.

“The Democrats opposed all of this and walked away from negotiations at the end of session, all while Walz’s appointees capped probation and considered reducing probation time for chronic offenders,” he said. “The crime report shows us just how badly Walz’s public safety policies have failed and left Minnesotans less safe each year.”