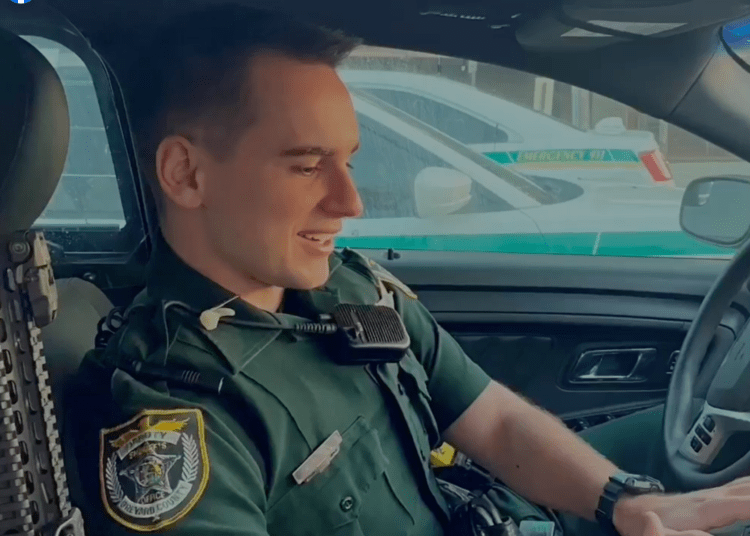 PALM BAY, Fla. – Sheriff Wayne Ivey of the Brevard County Sheriff’s Office said Deputy Austin Walsh, 23, was fatally shot early Saturday by his roommate, fellow Deputy Andrew Lawson, in their Palm Bay residence. Walsh’s death was the result of the negligent handling of a firearm, according to the sheriff.

Ivey described Walsh and his roommate Lawson as “the best of friends.” They were taking a break from playing online video games with others when Lawson recklessly pointed a weapon at Walsh, believing the firearm was unloaded, and pulled the trigger, the sheriff said in an update posted to Facebook (scroll down to view).

Lawson immediately called 911 and reported that he had unintentionally shot Walsh and was “fully distraught and devastated” when Palm Bay officers arrived, Ivey said.

Responding officers discovered Walsh inside the home with a single gunshot wound, which proved to be fatal, WFLA reported.

“Folks this is one of the toughest days of my career,” Ivey expressed, “as this afternoon I have to stand here and talk about the loss of one of my deputies, who I love so much, as a result of the reckless actions of another one of our deputies, who I also love.”

As a result of the tragedy, Lawson faces a manslaughter charge. He was booked at the Brevard County Jail and is being held without bond.

Ivey described Walsh as a “great kid” and said their hearts “are broken.”  The negligent shooting was an “extremely dumb and avoidable accident,” saying it “not only took the life of an amazing young man and deputy, but it has also forever changed the life of another good young man who made an extremely poor and reckless decision.”

“If there is nothing else, I pray there is a lesson learned from this tragedy,” Ivey added.

Walsh had been with sheriff’s office since he was 18-years-old, serving as a public safety officer and spending several years in the department’s Explorers youth program.

The death is being investigated by the Palm Bay Police Department and the Florida Department of Law Enforcement.