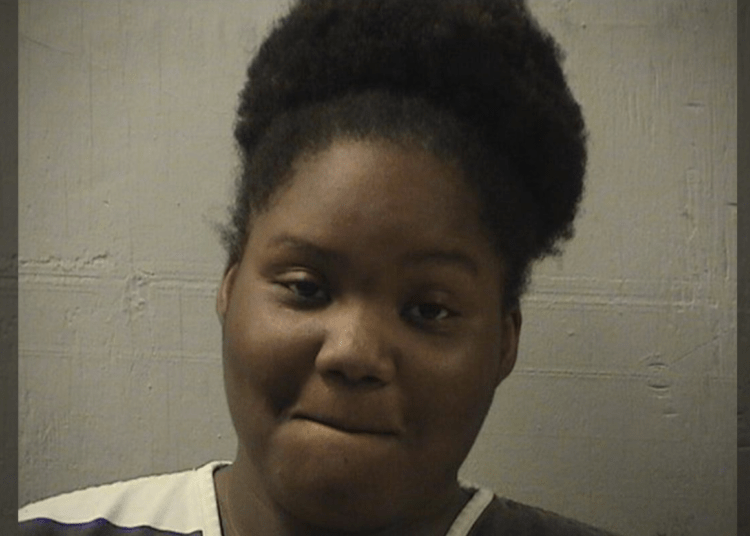 COVINGTON, La. — A disabled teacher at a Louisiana high school was injured by a student Wednesday reportedly during a trending TikTok challenge, according to police.

The challenge with criminal consequences is supposedly called “slap a teacher.” It has allegedly inspired a number of recent violent acts at schools, Fox News reported. However, TikTok claims that it has seen no evidence of the fad.

Regardless of what prompted the cruel action at a high school in Covington, a student, Larrianna Jackson, 18, has been criminally charged after she was filmed pummeling her 64-year-old teacher. Due to injuries sustained during the violent attack, the teacher went to a hospital to seek medical attention.

Officers on scene were also provided a video that captured the entire incident.

In the video, you can see the schoolteacher sitting at her desk where she appears to be talking to Larrianna Jackson. After a moment, Jackson punches the teacher, causing the teacher to fall to the ground. As the teacher fell to the ground, Jackson continues to violently closed fist punch the teacher. The video then turns off at this point.

Officers learned that this violent attack by Jackson, may have been prompted by a viral social media application known as Tik-Tok. Evidently users on the app have deemed it to be a challenge to damage school property and attack teachers.

Jackson was arrested and booked at St. Tammany Parish Jail for Battery of a School Teacher, which is a felony, Fox reported.

“The Covington Police Department would like to remind everyone that anyone who participates in such a challenge will be booked accordingly. In this post we also attached the video that has been circulating around the internet. This matter is still under investigation and more arrests for forthcoming,” the police agency said.

TikTok said the challenge is not appearing on their platform.

“The rumored ‘slap a teacher’ dare is an insult to educators everywhere,” TikTok tweeted. “And while this is not a trend on TikTok, if at any point it shows up, content will be removed.”