Arrests made after BLM protesters assault, fire shotgun at off-duty officers at their home 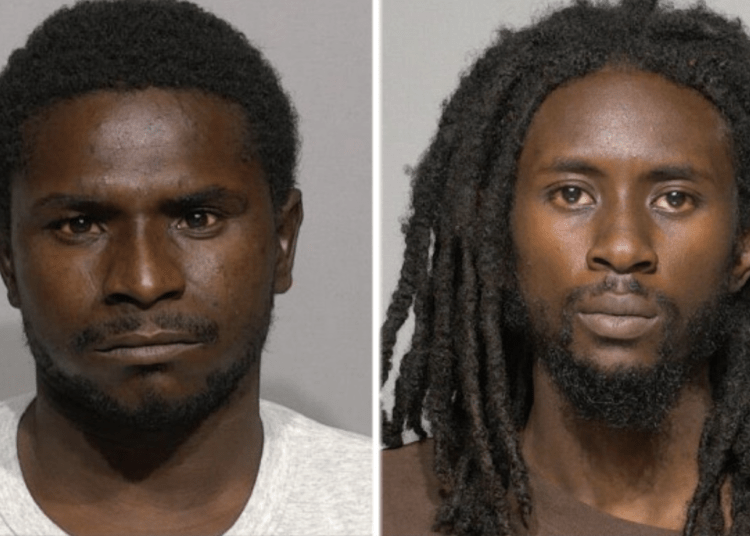 Ronald Demetrian Bell Jr. and William Deaval Lofton were arrested several days after Officer Joseph Mensah and his girlfriend were attacked at her home by BLM antagonists. (Booking photos via Wisconsin Right Now)

WAUWATOSA, Wis. — On August 8 a mob of BLM protesters targeted Wauwatosa police officer Joseph Mensah while he was at his girlfriend’s home. Both Mensah and his girlfriend were assaulted before a suspect fired a shotgun at them. 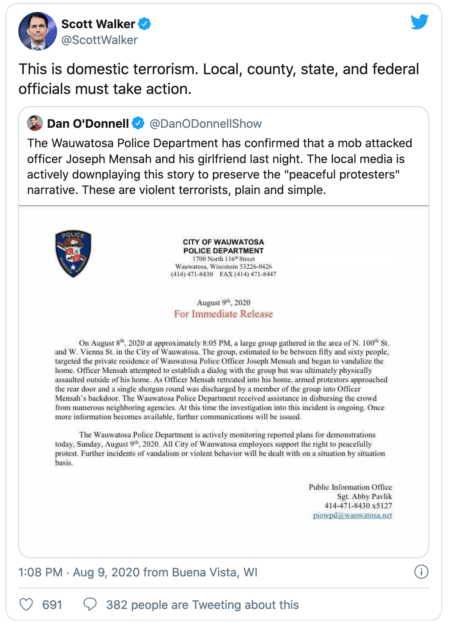 The agitators have targeted Mensah since he’s been involved in three justified shootings in the past five years.

Now, two suspects are facing charges in the case.

Ronald Demetrian Bell Jr. and William Deaval Lofton are facing charges of felony 2nd-degree recklessly endangering safety and were ordered to have no contact with Officer Joseph Mensah and his girlfriend, according to court records obtained by Wisconsin Right Now. The charges are in connection with the high-profile incident at Mensah’s girlfriend’s home, a law enforcement source said.

Mensah previously wrote on Facebook that he and his girlfriend, who is also a police officer, were shot at and assaulted during that incident. 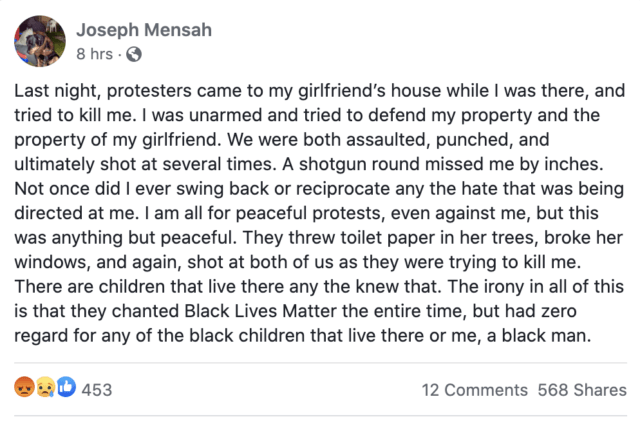 Bell is also accused of “Battery or Threat to Judge, Prosecutor, or Law Enforcement Officer” as a Party to a Crime, also a felony, the court records show. Bell and Lofton are listed as co-defendants, reported Wisconsin Right Now.

Wauwatosa police did not return requests for comment on Aug. 18; they have not publicly released the suspects’ names, although Police Chief Barry Weber previously stated publicly that the suspect accused of shooting at Mensah was identified.

A law enforcement source told Wisconsin Right Now that the charges against both Bell and Lofton stem from the highly publicized incident at the home of Mensah’s police officer girlfriend.

Cell phone videos captured people milling on her grass and throwing toilet paper. Wauwatosa police confirmed that a weapon was fired during the criminal attack, and that Mensah was targeted with a planned act of violence.

Bell was taken into custody on Aug. 13, and booked into the Milwaukee County Jail, records show. Lofton was taken into custody the day before, according to jail records. Wisconsin Right Now has requested the criminal complaints from the Milwaukee DA’s office to get more details, as well as the jail arrest-detention reports. The news organization said they received a tip on the suspects’ names after the courthouse and jail records were closed for the day.

The case against Bell and Lofton has reportedly been kept quiet since the investigation is ongoing and charges could result against others, according to a law enforcement source.