This gross injustice is brought about by cowards 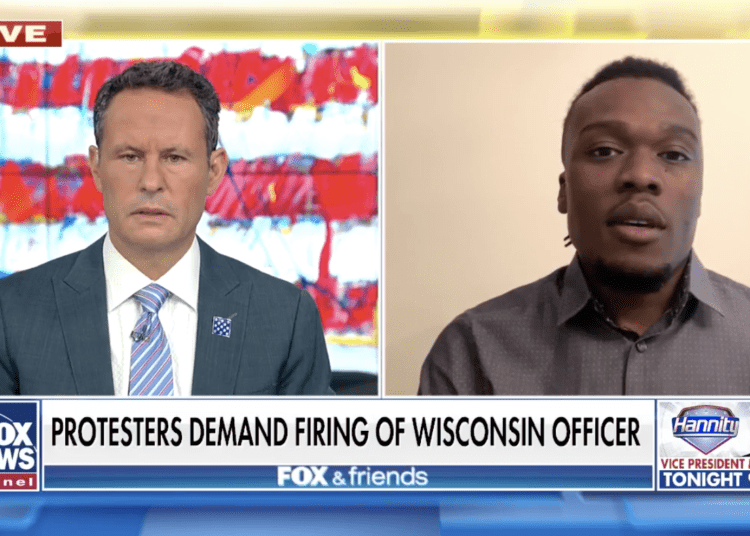 Law Officer has chronicled the embattled journey of injustice burdened upon Ofcr. Joseph Mensah of the Wauwatosa Police Department in Wisconsin. He has been through three officer involved shootings since 2015. Two of the deadly encounters have been thoroughly investigated and cleared as justified. A third from February of this year is still under review.

However, after the anti-police politics became absurd and out of control following the custodial death of George Floyd in May, suddenly Mensah became the target of radical groups seeking a police target to destroy. What better opportunity than a cop who’s been in three OISs in the past five years?

The titles of our articles tell a brief tale of the horror that Ofcr. Mensah is experiencing. You can review the stories here:

So after surviving three fatal encounters in the field, getting unjustifiably placed on leave by cowardly leaders, then having 50-60 radical protesters show up at home and take a shot at him, Ofcr. Mensah was interviewed by Brian Kilmeade on Fox & Friends Wednesday morning.

After talking about ongoing protests that have occurred at his girlfriends home, Kilmeade asked Mensah about the shooting, which occurred at the house with children present; something that was known to protesters.

“I 100 percent believe I was shot at,” Mensah said. Moreover, he specified the shooting occurred after both he and his girlfriend had been assaulted on the property as they were in the process of trying to move.

State Rep. David Bowen (D-WI) disputes the account of Ofcr. Mensah and says the police department version of the shooting is inaccurate as he acknowledged being present during the series of crimes, otherwise called a “protest.”

However, as Mensah pointed out, facts don’t lie. The disruptive protesters were present, assaulted them, and fired upon them.

Kilmeade asked Mensah for his reaction to Bowen’s statement.

With all the turmoil he is going through, Kilmeade asked Mensah if he’s questioned why he got into the business of law enforcement in the first place.

“Not at all. I knew exactly what I signed up for,” Mensah said. “I signed up for this to protect people, to serve people. Unfortunately, my city has not allowed me to do that. The reason I’m suspended in the first place … is because of my shooting that happened in 2016. That shooting was investigated by my own police department, no policies or procedures were violated. It went to the city of Milwaukee for investigation. Again, no laws were violated. It went to the District Attorney’s office. Again, justified, no laws were violated. Then it went to the U.S. Attorney’s Office; no civil rights violations occurred. Fast forward to now, after all these years, now they suspend me off of that investigation. The Police and Fire Commission changed the rules to allow them to reinvestigate that (shooting) again. And once they suspended me they did not give a single reason why I was suspended. Even though everything was justified and I violated no policies or procedures, I was still suspended.”

Mensah wrote in a statement on Facebook on Sunday that the shotgun round “missed me by inches,” Fox reported.

“Not once did I ever swing back or reciprocate any hate that was being directed at me,” he said. “I am all for peaceful protests, even against me, but this was anything beyond peaceful. They threw toilet paper in her trees, broke her windows, and again, shot at both of us as they were trying to kill me.”

Ofcr. Mensah needs help from courageous people. He is being unfairly targeted by radicals. That is why Law Officer continues to covers his travails. It’s unjust.

If you’d like more details or feel compassion to assist a targeted law enforcement officer defend himself, go to officermensah.com and offer your support.

Finally, if this situation makes you angry with a spineless politician who helped create this deadly environment for Ofcr. Mensah, sign this petition.