For the last few weeks we have been reporting on the unbelievable case of Wauwatosa (WI) Officer Joseph Mensah.

And what was at first an attack on Officer Mensah’s reputation has now become a physical attack and assault on him and his family. 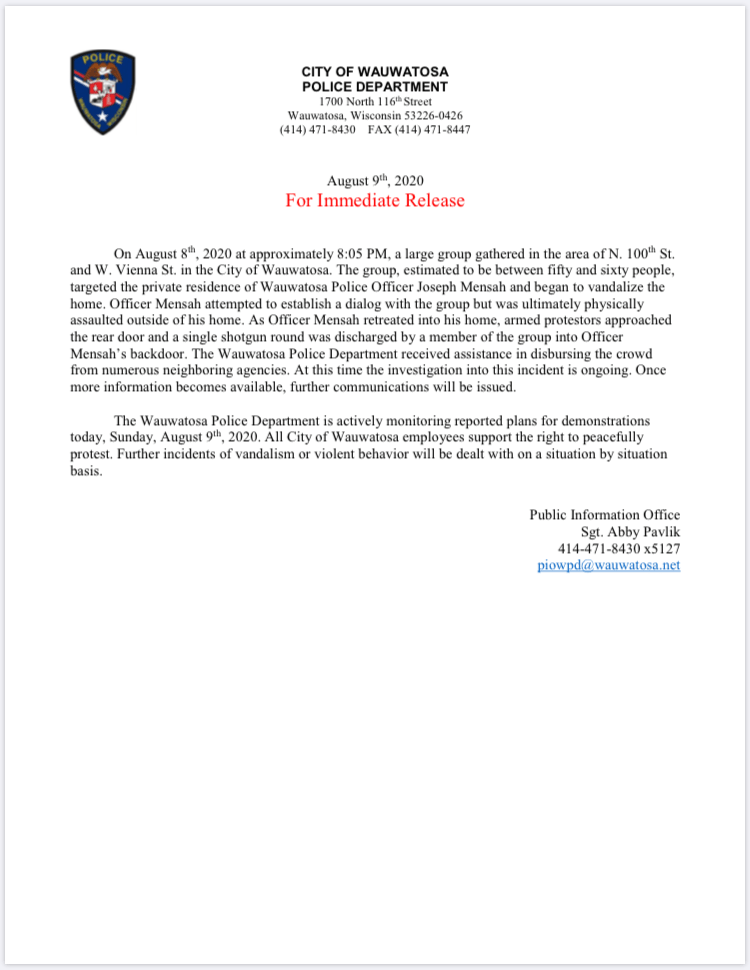 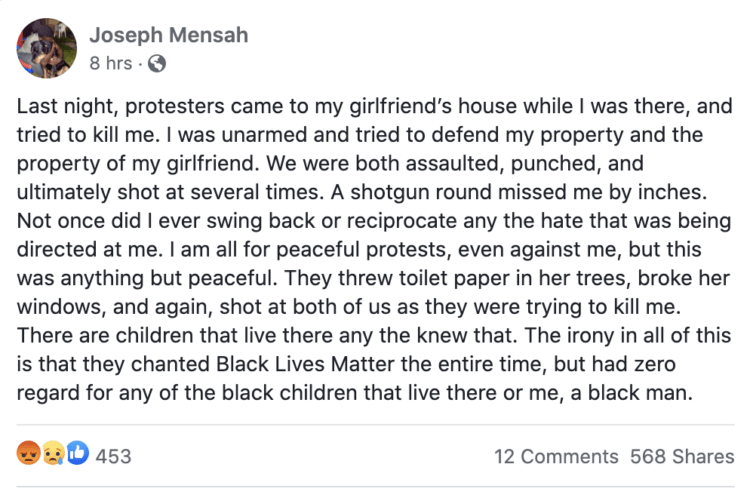 Mensah has had three justified shootings in the last five years. One suspect attacked him with a sword, and two with guns. Until the George Floyd incident, not much has ever been said. It is an unfortunate truth that law enforcement, at times, has to use deadly force to protect the lives of themselves or the public.

Mensah, who works just outside of Milwaukee, patrols a violent area. He also happens to be African American.

Several weeks ago, activists, politicians and celebrities such as the Jonas Brothers took notice and went after Mensah.

THE JONAS BROTHERS DEMAND THE PROSECUTION OF BLACK OFFICER

The demand is simple, Officer Mensah, who has broken no laws or violated any policy, should be immediately arrested and fired.

Waueatosa Alderperson Heather Kuhl, who is white, took notice and demanded that Officer Mensah be fired to help “repair the damage” of Wauwatosa’s “racist history.”

Yes, a white city official demanded the firing of a black officer to somehow fix the city’s “racist history.”

Kuhl sent a letter to the Wauwatosa (WI) Police & Fire Commission demanding the termination of Police Officer Joseph Mensah and he was subsequently suspended and his gun was taken away.

The suspension along with the celebrity involvement seems to have increased the volume of those demanding that a decorated black police officer who defended his life three separate times, be arrested and fired.

Mensah has previously expressed a concern that his life could be in danger due to the rhetoric and because of the suspension (for no policy violations), and the ability to not carry a concealed weapon per his policy, he was concerned.

A week ago, approximately 100 protesters and multiple cars showed up at Officer Mensah’s home. They screamed obscenities, scaring children that were present.

Officer Mensah was not home and the crying children had to be removed by law enforcement that were called to the scene.

Make no mistake, these are not peaceful protesters.

And that was proven Saturday night.

At approximately 8 pm, a mob of people chanting “Black Lives Matter” arrived at a residence of Officer Mensah and his girlfriend.

Joseph was unarmed. And while attempting to defend the life of everyone there, including black children, he was shot at by a coward with a shotgun.

According to a Wisconsin Public Radio (WPR) article, a prominent leader of the Milwaukee BLM movement said “protesters went to Mensah’s house to toilet paper and put crime scene tape up. But Mensah came outside.” And in what seems like an attempt to blame Mensah, and ignore the fact that protesters brought a shotgun to Mensah’s house, the BLM leader tried to downplay the whole thing saying “the gun fired”—without mentioning whose finger was on the trigger. And even worse, the BLM leader tried to downplay it even more by saying, “I do not believe any more shots than that one went off,” as reported by the WPR article.

The round missed Mensah by inches.

His girlfriend was assaulted and left bruised.

At this point, the mainstream media appears to be oddly keeping this quiet.

We have never been quiet about what is going on in Wauwatosa.

It is now “Ground Zero” of the evil that has penetrated America. From politicians to celebrities to the evil that showed up and tried to kill Officer Mensah last night, this is where we are.

And it is time to fight back.

Mensah tells us, “The irony in all of this is that they chanted ‘Black Lives Matter’ the entire time, but had no zero regard for any of the black children that live there or me, a black man.”

We call it more than an irony.

And we are calling on all law enforcement professionals, dispatchers, all first responders and their families, friends, and supporters to rally and help put a stop to the insanity.

Editor’s Note: The situation in Wauwatosa (WI) has gone from crazy to deadly.

We are calling upon you to help, so please:

Sign this petition on the very politician that helped create this deadly environment.

The entire and true story of Officer Mensah is here. Please tell others about it.

Lastly, for more than a year, we have been suggesting The Courageous Police Leader—a book that unfortunately predicted much of this violence and chaos. It calls out the consequences of cowardly political leaders and the chaos they create. Which sadly, as now unfolded in Wauwatosa, which is now the center of the storm…