From the Editorial Staff of LawOfficer.com 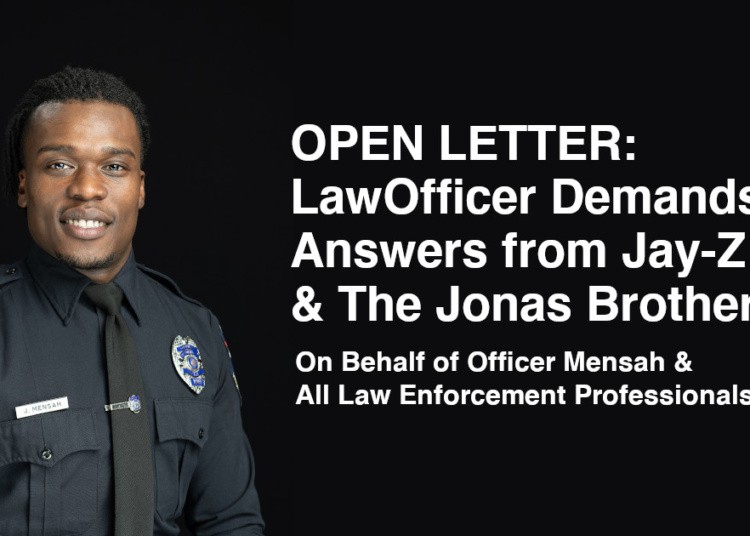 As law enforcement professionals, we know that bashing cops is all the rage. We know that #CancelCulture—and rushing to judgment with prejudice—against police officers is wildly popular these days.

And as you know, celebrities can have a greater influence upon social media and social media mobs. Therefore, celebrities like yourselves should take greater responsibility when it comes to facts and speaking with the public.

However, your recent demands to have Officer Joseph Mensah “prosecuted” for his encounters with dangerous “men of color” has confused many of us in the law enforcement community. And your alliances with so-called “social justice” groups like Team Roc, Until Freedom, and Gathering for Justice appear hypocritical.

We hereby demand an explanation.

On behalf of law enforcement professionals throughout the nation, we demand an explanation.

First, we know you do not have all the facts. Many of the reports have yet to be released—and an investigation into one of the incidents has not even been completed yet.

How can you possibly know the facts—and what qualifies your expertise in law enforcement matters?

Second, Officer Mensah responded to deadly force in each of the three incidents. One had a sword. Another had a gun. And another had a stolen gun—and fired it.

Are you condoning violence against police officers—particularly black officers?

Third, you clearly overlooked some of the most obvious facts. The officer you want fired and prosecuted—(black) Officer Joseph Mensah—is an “officer of color.”

Are you choosing to ignore Officer Mensah’s heritage—because he serves a predominantly “white” community?

Without answers to our questions, it is difficult to understand how exactly “black lives matter” to you, because your treatment of Wauwatosa (WI) Officer Joseph Mensah seems like #CancelCulture gone mad.

And we seek further clarification from you…

Do Black Lives Matter to you?

Does the life of Officer Mensah matter to you?

Do the lives he was protecting matter to you?

Your demands for the prosecution and termination of a decorated police officer is an offense to every officer in America—including every “officer of color,” some of whom now feel even more disrespected and unappreciated due to your demands.

What about “social justice” and diversity?

Officer Joseph Mensah is one of four black officers in his police department. And he patrols a predominantly white community that borders one of the most violent cities in America. Your demands to end his career do not help the causes you supposedly support.

Silence causes violence (or does that not apply to you?)

You boldly publicized your demands against Officer Mensah. But now it seems you’ve become all but silent.

If “silence causes violence,” then we anticipate a quick response from you—or an apology for what appears to be misinformed demands to “prosecute” (black) Officer Joseph Mensah.

And since you were hardly silent in advertising your demands, we expect that you will be just as vocal in providing answers to our questions, on behalf of law enforcement officers throughout the United States.

To be fair—yes, fairness and civility matter—we ask that you clarify your demands as written in your own (copy/paste) words:

Speak Up for Your Actions…

On behalf of every law enforcement officer in America—especially “officers of color” like Officer Mensah—we are waiting for you to break your silence and respond. We’re awaiting your reply…