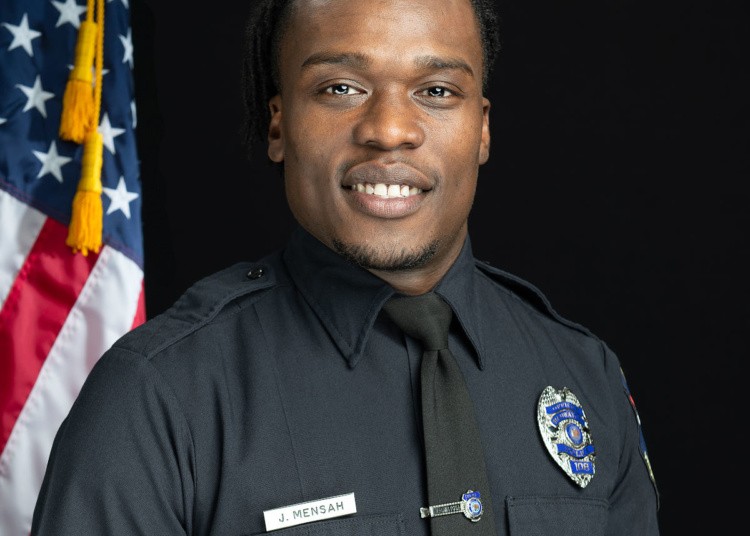 Officer Joseph Mensah has been cleared by the D.A. for defending himself against a suspect armed with a stolen gun.
Read the D.A.’s letter to the Wauwatosa Police Chief here.

There may not be any better example of what cowardly politicians are capable of doing to law enforcement and their communities than the story of Wauwatosa (WI) Officer Joseph Mensah.

Mensah, who is a proud African-American, grew up in the small suburb outside of Milwaukee and has been a model police officer for over 5 years. He is a member of the SWAT Team, and had only one disciplinary action in his career following a minor traffic wreck.

IF YOU CARE ABOUT BLACK LIVES, SPEAK UP ABOUT OFFICER MENSAH

Mensah was also tasked with finding and arresting some of the most violent criminals in the area. Unfortunately, since 2015, he has faced three incidents involving deadly force, and subsequently shot and killed three suspects—all of them “people of color” as his critics ironically boast.

As any one with experience would know, the amount of skin pigmentation hardly matters when you’re being threatened with a gun or a sword.

THE JONAS BROTHERS DEMAND THE PROSECUTION OF OFFICER MENSAH

But those facts didn’t stop the politicians from placing Mensah on leave months ago and ordering a “re-investigation” of the shootings—which were already investigated by multiple agencies.

Crowd waiting outside Milwaukee County Safety Building nearly an hour after Alvin Cole’s family and their attorney went in to meet with the district attorney. pic.twitter.com/7K3T5R36sq

The first two shootings were deemed justified years ago by the Milwaukee District Attorney and the DOJ.

Today, his latest shooting was also justified by the Milwaukee DA John Chisholm.

Despite Mensah’s life apparently not mattering to the politicians, the activists and celebrities such as Jay-Z and the Jonas Brothers, Wauwatosa is preparing for the worst.

Guard members are getting ready and heading into their trucks. Some vehicles are leaving the Wisconsin State Fair Park pic.twitter.com/Jn0PZj8vkn

The National Guard has just deployed…

City Hall has been shut down…

And schools in Wauwatosa have been closed for the remainder of the week, with distance learning put in place.

But let’s be perfectly clear. The pending outrage has little do to with Officer Joseph Mensah using deadly force to protect himelf—but everything to do with cowardly politicians failing to stick with the facts and suggesting that somehow Officer Mensah—or any police officer—is wrong in doing so.

These cowardly actions by politicians—and the climate they have permitted—have also placed Mensah in danger as Black Lives Matter protesters went to his house in August and blasted a shotgun towards him.

None of that has stopped the city council and the mayor from continuing to ignore the police union’s demands for explanation, while allowing hate-spewing committee members and their council supporters from promoting contempt against Mensah—one of just three black officers on the department. Yet bizarrely, members of Tosa Together and other civic groups want Officer Mensah fired, while demanding greater diversity on the police department. We’re not convinced they even know what they believe—or if they even knew that Officer Mensah was black when the started their knee-jerk demands for “justice.” Along with social “justice” groups like Tosa Together, their demands for “diversity” and “inclusion,” and more officers “of color” seem quite out of touch, if not beyond reality, or just plain presumptively prejudice.

Officer Mensah’s suspension should sound the alarm across the nation. And the hiring of an “independent investigator”—who conveniently is a practicing attorney and resident of Wauwatosa—to justify firing Mensah should signal to every officer in every department that cowardly politicians will stop at nothing to fabricate illusions and avoid facing the facts. And in this case, it seems they have reduced the whole matter to an absurd probability game and a heartless calculus.

Amazingly, in picture-perfect timing, just hours before the D.A.’s decision—that once again clears Officer Mensah of any wrong doing—the so-called independent, former U.S. Attorney Steven Biskupic, who was hired by the politicians to “re-investigate” each shooting, announced his “findings.”

And if there were any statistical merit to any of this, there’d be hardly any questions about such suspicious findings released at a rather strategic moment. However, Biskupic provided none. In stating his glossing opinion, which reads like an presumption about the future, we are left wondering  what percentage of confidence is the likelihood that Officer Mensah will be involved in another shooting—95% or 96%, 100%? For whatever reason, Biskupic failed to specify.

Unfortunately, thanks to cowardly political leadership in Wauwatosa, all of us must be even more vigilant—and watch for things to come in Wauwatosa.

In the meantime, instead of oddly timed “findings,” and tarot cards, probability, and other counter-factual presumptions, we prefer to stick to the facts: watch the D.A. review of the actual evidence of Mensah’s encounter—including dashcam and surveillance video below.

Learn more about the case of Officer Mensah here.