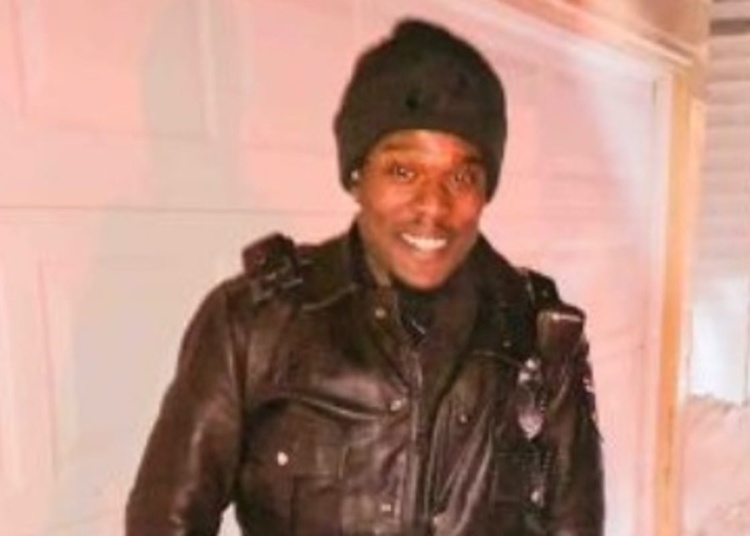 If you didn’t think that the world has gone mad and law enforcement is facing an unprecedented epidemic of attacks that will severely limit the effectiveness of law and order for a generation to come, than look no further than Wauwatosa (Wisconsin) Police Department.

LEADERSHIP AND POLITICIANS ARE LEADING TO MASS RETIREMENTS

In one of the most ludicrous demands to date for a law enforcement agency, Wauwatosa police officer Joseph Mensah has come under intense scrutiny for shooting and killing three men in his five years of service with the agency.

Each of the shootings involved suspects with a gun and each one was justified.

The problem, you may ask. The suspects were all black men and oddly, what the media has seemed to forget to report, so is Officer Mensah.

What prompted the inquiry was a February 2, 2020, 911 call of a fight in a mall parking lot. Witnesses say they saw a gun and when Officer Mensah arrived, he pursued a suspect.

That suspect, 17 year old Alvin Cole, allegedly pointed a gun and was shot and killed.

The initial encounter was caught on dash camera but Mensah was not provided a body camera, an issue that some seem to want to pin on the officer.

Six months ago, none of this would have happened to a young officer defending his life. Today, nothing law enforcement can do is right.

After activists, family members and politicians began demanding the immediate arrest and firing of Mensah Police Chief Barry Weber defended his officer, saying that he had used deadly force to defend himself.

“In each of the cases involving officer Mensah, those Mensah encountered were armed with weapons. Each incident happened very quickly, and verbal commands were given and not complied with. He defended himself with deadly force.” Weber wrote.

We applaud Chief Weber. It was right and courageous to stand up.

Now, we hope he finds new employment because he will be the next to get attacked. 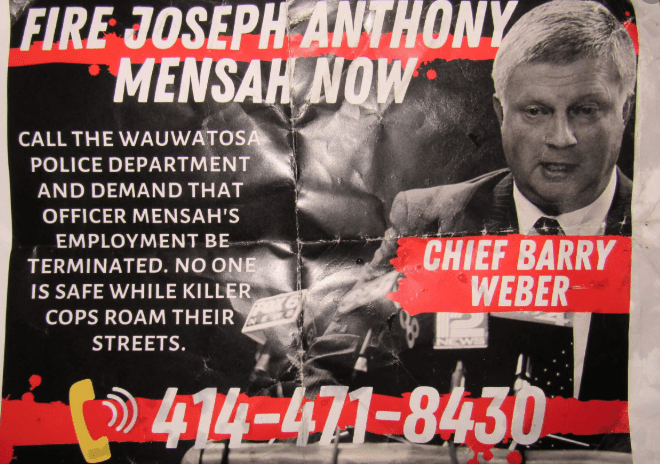 They also approved the hiring of a third-party investigator relating to a complaint filed against Joseph Mensah by the attorneys for the family of Jay Anderson Jr. — whom Mensah fatally shot in 2016. The complaint, in part, calls for Mensah to be fired.

Video Above: Officer Mensah was cleared in this 2016 shooting. You can clearly see the suspect reach down prior to being shot. A gun was recovered.

Jay-Z and his team are also going after Officer Mensah, posting a full page ad in the Milwaukee Journal Sentinel, calling for the immediate prosecution and termination of Mensah.

HELP OTHERS TO DEFEND THEMSELVES AGAINST THE MEDIA

The open letter to Milwaukee County DA John Chisholm — starts with a simple question … “how many more people must die at the hands of Officer Joseph Mensah?”

They started a fundraiser to pay for additional legal counsel.

Mensah’s brother, Christopher Mensah, wrote on a GoFundMe page that the money will be used “to explore and take legal action against those that have unjustly accused him of wrongdoing, interfered with his ability to receive due process, and wrongly besmirched his character and integrity.”

And of course that is exactly what is going on here and just about everywhere else.

18 CHICAGO OFFICERS ARE INJURED IN RIOT, CITY LEADERS BLAME THEM

The absolute destruction of anyone that dares to actually tell the truth or in Mensah’s case, defend his own life.

Officer Mensah no doubt has the weight on his shoulders for literally doing what his community has asked him to do, protect the community and himself.

These attacks are nothing new and will continue until good, honorable leaders stand up to it or it drives every single police officer out of the profession.

Share and speak up for justice, law & order...
Tags: cowardsjustifiedLeadershipmensahNewsofficershootingswisconsin