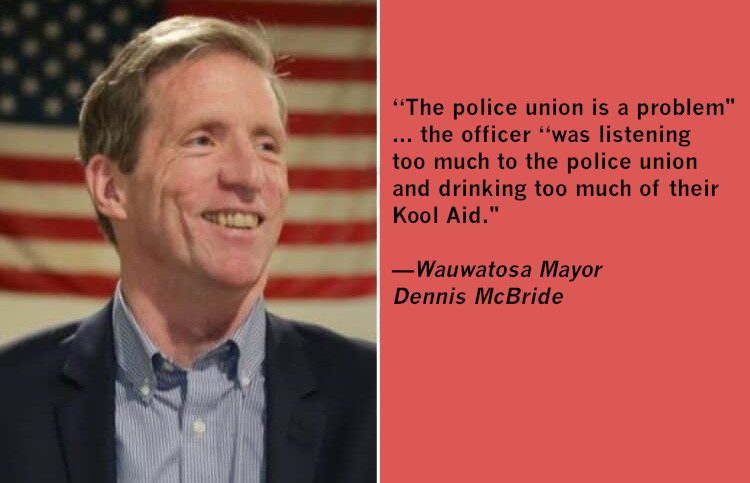 Wauwatosa, Wisc. — The Wauwatosa Peace Officers Association (WPOA) is demanding an apology from Wauwatosa Mayor Dennis McBride. On behalf of the WPOA, board member John Milotzky wrote a letter demanding an explanation and an apology from Mayor McBride for insulting a police officer during a radio interview on WTMJ on May 16.

While Mayor McBride claimed that he and the city council support the police, he clearly stated in the radio interview that “the police union is a problem”—and that an (Asian-American) police officer “was listening too much to the police union and drinking too much of their Kool Aid.”

Ironically, Mayor McBride also claimed during the radio interview that police morale was “good.” According to the letter from the WPOA, it seems morale among police officers is anything but. And it also mentions a nearly unanimous no-confidence vote about the mayor’s leadership that was conducted last year.

And whatever morale was like before the radio interview, McBride’s remarks are not likely going to boost officer morale any time soon, which according to several sources, is already at rock bottom.

The WPOA letter also demanded an explanation from the mayor about out-of-control crime. If crime statistics are any indication, it appears that violent crime has skyrocketed in Wauwatosa during Mayor McBride’s tenure, as Wisconsin Right Now reported.

Specifically, the WPOA letter noted that under McBride’s watch, and comparing crime rates from January 1 to May 11, 2020 to the same timeframe in 2021:

The letter to the mayor can be read/downloaded below.

The mayor did not respond or provide any public comment about the letter from the police union at the time of publication. However, in stark contrast to the reality of crime in Wauwatosa, Mayor McBride previously stated, “all of my actions have been directed at protecting and improving my hometown” as WISN reported. 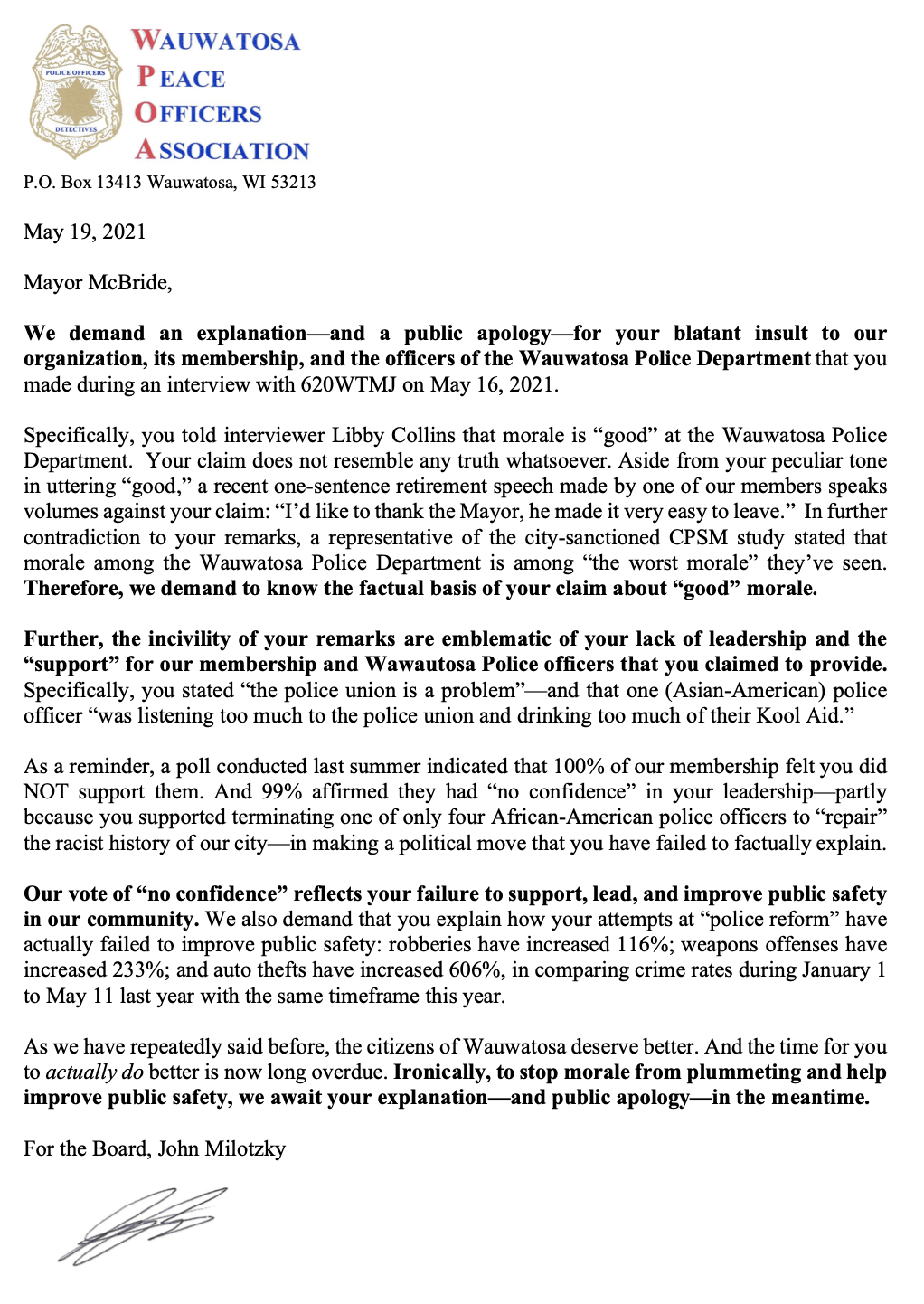