Is the liberal conscience seared, unable to see the massive destruction occurring? 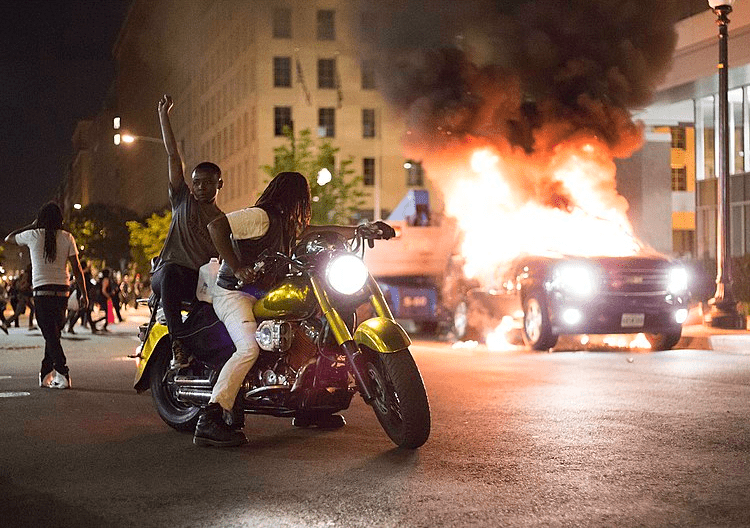 Can anyone itemize a single improvement made for black Americans as a result of protests and riots over the past few months? Has the anger and bitterness been helpful?

People will point to changes being made within the institution of policing as favorable. However, these opinions are subjective; it’s arguable whether any of them will have lasting benefits. Conversely, counter-arguments are made that drastic changes occurring with police work will have a negative impact. i.e. defunding police will not lead to social change or safer communities.

So, is the price being paid by our heterogeneous society worth it?

As the managing editor of Law Officer, I publish about eight articles per day. Consequently, I am mentally saturated in the daily violence occurring in Minneapolis, Chicago, New York, Portland, Seattle, Louisville, Atlanta, etc., since the custodial death of George Floyd.

I am sickened to my stomach as I watch (insert your own adjective) leaders fail to respond to the ongoing violence while cops get used as punching bags, or worse.

I believe the answers/response needs to come from the black community. That is why documentaries like “Uncle Tom” are so important. It reveals the truth about race hustlers in America. The film features black conservative voices sounding the alarm regarding radical black activism and the victimization carousel it creates.

It doesn’t matter that white law enforcement shines a light on the Marxist-inspired Black Lives Matter movement and the ultimate social decay they seek in order to meet their objectives; black leaders are needed to confront the lies.

That is exactly what a black GOP candidate is doing in Baltimore; and I firmly support her ambition.

“Democrats don’t want you to see this,” Klacik captioned the ad. “They’re scared that I’m exposing what life is like in Democrat-run cities. That’s why I’m running for Congress. Because All Black Lives Matter. Baltimore Matters. And black people don’t have to vote Democrat.”

The blunt ad features Klacik walking through the streets of Baltimore, where there are broken windows, destroyed buildings, and abandoned homes. It has quite an impact.

“Do you care about black lives? The people who run Baltimore don’t. I can prove it, walk with me. They don’t want you to see this,” Klacik says in the ad, before strolling through the devastated city.

Walking by boarded up and rundown buildings, the congressional candidate says, “This is the reality for black people every single day: crumbling infrastructure, abandoned homes, poverty, and crime.”

“Baltimore has been run by the Democrat Party for 53 years,” she says. “What is the result of their decades of leadership? Baltimore is one of the top five most dangerous cities in America. The murder rate in Baltimore is ten times the U.S. average. The Baltimore poverty rate is over 20 percent. Homicide, drug, and alcohol deaths are skyrocketing in our city.”

“Do you believe black lives matter? I do. The vast majority of crime in Baltimore is perpetrated against black people, who make up 60 percent of the population. So why don’t we care about our communities?” she asks.

“The Democrat Party have betrayed the black people of Baltimore. If the politicians walked the streets like I do, they would see exactly how their policies and corruption affects us. But they don’t wanna see it. They don’t want you to see this.”

The ad then features three black residents being asked if they want the police defunded. All three adamantly declined, noting violence that would ravage the city further without police.

“It’s not just Baltimore,” Klacik says. “The worst place for a black person to live in America is a Democrat-controlled city. It’s 2020, name a blue city where black people’s lives have gotten better.”

“Democrats think black people are stupid,” the Republican asserts. “They think they can control us forever, that we won’t demand better, that we’ll keep voting for them, forever, despite what they’ve done to our families and our communities.”

“Are they right?” asks Klacik.

Last year, Klacik posted viral video posts on Twitter exposing the devastation in Baltimore, backing up claims from President Donald Trump concerning the city, which the media claimed were racially-charged.

Watch her ad below:

Democrats don’t want you to see this.

They’re scared that I’m exposing what life is like in Democrat run cities.

That’s why I’m running for Congress
Because All Black Lives Matter
Baltimore Matters
And black people don’t have to vote Democrat
Help us win https://t.co/CSOjc9aQlS pic.twitter.com/XnEDTaDDIG

In the subtitle of this article I asked, “Is the liberal conscience seared, unable to see the massive destruction occurring?” If the answer is “yes,” these Democrat-controlled cities have a burden on their hands and need to unseat feckless leaders. If the answer is “no,” then it means they are intentionally allowing the carnage to continue in order to expand their political power, as espoused by many pundits. It’s one or the other. They’re either evil or absolutely incompetent.

A man of wisdom once said,

“An evildoer listens to wicked lips; A liar pays attention to a destructive tongue. … He who rejoices at calamity will not go unpunished. … He who returns evil for good, Evil will not depart from his house. … He who has a crooked mind finds no good, And he who is perverted in his language falls into evil. … A wicked man receives a bribe from the bosom, To pervert the ways of justice.”

Is that occurring? Are the ways of justice being perverted?

The evil we are witnessing today isn’t new. King Solomon wrote those words thousands of years ago, yet the cycle is repeating itself in modern culture.

Solomon, also declared, “A joyful heart is good medicine, But a broken spirit dries up the bones.”

Today, I ask all people of prayer to join me in asking God to give police officers a joyful heart as they are combating evil. It’s a tough journey for our heroes in uniform.

As always, be safe Blue Family!