'I lit it on fire,' the defendant boasted 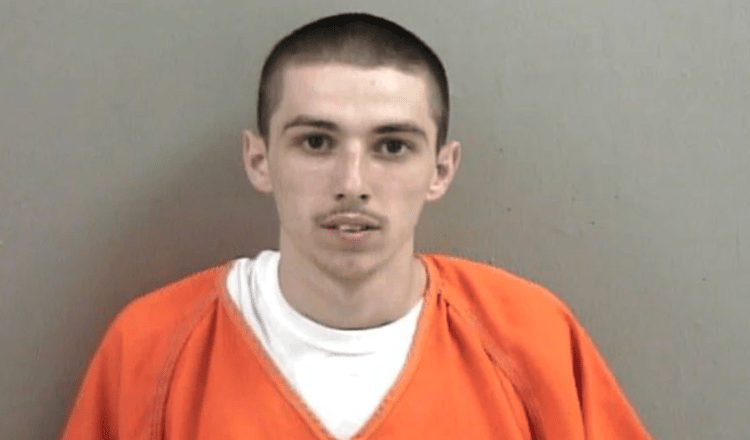 MINNEAPOLIS — A Minneapolis rioter-arsonist during last summer’s mayhem in the city has been sentenced to nearly nine years behind bars for distributing explosives and setting a store on fire, according to reports.

“Matthew Rupert, 29, of Galesburg, Ill., has been sentenced to nearly 9 years in federal prison after being convicted for his role in the Minneapolis BLM-Antifa riots last year,” Andy Ngo reported Tuesday. “He handed out explosives & set a store on fire.”

According to Ngo, Rupert’s prison sentence is the longest thus far for those involved in the radical Black Lives Matter/Antifa riots, Daily Wire reported.

“Convicted #BLM arsonist Matthew Lee Rupert drove more than 400 miles from Illinois to riot in Minneapolis on 28 May, 2020,” Ngo wrote. “In addition to handing out shell explosives to rioters, he doused lighter fluid over a pile of boxes inside a store & set it on fire.”

Convicted #BLM arsonist Matthew Lee Rupert drove more than 400 miles from Illinois to riot in Minneapolis on 28 May, 2020. In addition to handing out shell explosives to rioters, he doused lighter fluid over a pile of boxes inside a store & set it on fire. https://t.co/VxqpeCeynR

The U.S. Attorney’s Office in the District of Minnesota outlined the effort Rupert made in order to wreak havoc during the ongoing civil unrest of 2020.

“Matthew Rupert chose to drive more than 400 miles from his home in Illinois to Minnesota to engage in violence and destruction, all while broadcasting it for the world to see. Peaceful protest was not on his agenda,” outlined acting U.S. Attorney W. Anders Folk. “Arson, looting, property damage, and the glorification of it, will not be tolerated. Today, justice has caught up with Mr. Rupert as he must now account for his crimes.”

FBI SAC Michael Paul called Rupert “yet another violent offender … held to account for his reckless and deliberate damage to our community.”

“Mr. Rupert made his way to Minneapolis for the express purpose of instigating lawless behavior on our local streets,” Paul said in a statement. “He demonstrated no purpose other than endangering peaceful protests by actively encouraging violence against law enforcement and personally destroying community businesses. Together with our local partners, FBI Minneapolis and ATF St. Paul continue to hold indifferent criminals like Mr. Rupert accountable for their dangerous and divisive criminal conduct in the Twin Cities.”

According to court documents, Rupert “entered a boarded-up Sprint store and ordered others to pile boxes on the ground before dousing them with lighter fluid and setting them on fire, causing extensive damage,” Fox News reported.

During his outpouring of crimes, he live-streamed the action via social media and proudly boasted about going to Minneapolis to “riot.”

“I lit it on fire!” Rupert reportedly yelled as he ran away from the store.

“We come to riot, boy!” he’s heard exclaiming via livestream. “I’ve got some bombs if some of you all want to throw them back.”

“Arson is a dangerous act of violence,” said Acting Special Agent in Charge Jon Ortiz, St. Paul Field Division, Bureau of Alcohol, Tobacco, Firearms & Explosives (ATF). “Arson poses a great threat to public safety. ATF works diligently to secure public safety. The defendant in this case committed a reckless act of violence on unsuspecting members of this community. We are thankful that no one was seriously injured or killed as a result of this crime. This sentencing will send a message to anyone who considers conducting these types of violent acts that they will not be tolerated. ATF will continue to work alongside our law enforcement partners to ensure that this community remains a safe place.”