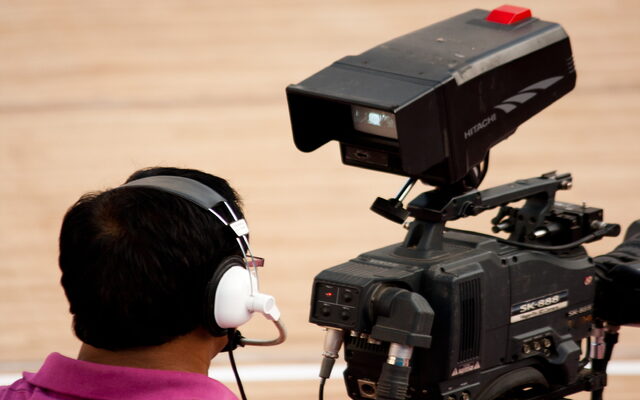 Minneapolis police officers will not get a fair trial without the presence of TV cameras in the courtroom, which will give the public details that will be seen by jurors.

I’ve surprised myself by writing the opening sentence since I’ve generally been opposed to the presence of cameras in court due to grandstanding and theatrics that can take place. But thus far, leaders in Minneapolis have done nothing to exhibit a sense of transparency.

As everyone knows, we are living in a moment of time when everything has changed. The four former Minneapolis police officers have already been convicted in the court of public opinion; not just by radicals, but the general public and many law enforcement leaders as well.

Very few people had the courage to say, “Hold on a second, let’s wait for the investigation to unfold.” No, public perception was quickly formed by an incomplete 8 minute, 46 second viral video. People couldn’t get in line fast enough; not just to condemn four cops, but the entire institution of law enforcement. Now, just a few months later, irreversible changes have been made as exonerating evidence continues to become public, while violent radicals seek to destroy a nation.

So how can four cops get a fair trial with overwhelming condemnation of their actions? Once the evidence is presented, will jurors have the courage to vote “not-guilty” if that is their belief?

During the O.J. Simpson trial of the century in 1995, cameras were present in the courtroom, and the public got a firsthand chance to see a homicide trial involving a major celebrity unfold on live TV.

Heading into the trial, most citizens without knowledge of the case believed Simpson was innocent of murdering his ex-wife, Nicole Brown Simpson as well as Ron Goldman. After all, Simpson was a likable public figure, and people couldn’t believe he’d be capable of such a heinous crime.

However, by the end of the trial, despite Johnny Cochran’s courtroom theatrics as well as the ultimate jury verdict of not-guilty, the public had a very different perception. Based upon evidence displayed on live TV, most of America believed Simpson was guilty; something later proven by a preponderance of evidence during civil proceedings.

The public perception case against the four former Minneapolis officers is the Simpson case in reverse; almost everyone in the country believes they are guilty. However, closely guarded exonerating evidence is beginning to come to light. Consequently, proof beyond a reasonable doubt is looking more dubious all the time. Is it a standard that will be achieved? Based upon my history as an investigator, I’d say it’s troublesome. Nevertheless, there are still a lot of details that I don’t know, so we need to wait and find out.

Yet this is my concern. Without cameras bringing it live to the American public, a not-guilty verdict will be far more burdensome for jurors if they believe the country remains convinced of the officers’ guilt.

Law Officer covered some key facts that will be difficult to overcome by a prosecutor who needs to to prove beyond a reasonable doubt that Derek Chauvin murdered George Floyd:

Without getting into the apparent biases represented by Attorney General Keith Ellison, who insisted on taking the prosecutorial lead, will the officers get a fair trial in the absence of TV cameras in court?

They should, but let’s face it, judges and juries are human. Thus far, there was an extreme rush to judgment (by almost everyone in the country). As a result, groupthink that has already occurred seems to insist that officers be condemned to the gallows.

How archaic have we become in such a short amount of time? No one liked what we saw in the viral video clip, but there’s a lot more to the story that has gone relatively unreported and undisclosed by the city. The practice of due process is being tested as never before!

The City of Minneapolis and the State of Minnesota seem to have a vested interest in ensuring the officers are found guilty. Therefore, let the cameras role, because if they are found not guilty, the entire country needs to know why!

Hennepin County District Judge Peter Cahill rejected requests from defense attorneys and media organizations to allow cameras in court during the pretrial hearings. Interestingly enough, prosecutors also objected to the presence of cameras. However, a ruling has not been made whether cameras will be allowed during trial.