Those who demand accountability, need to hold themselves accountable... 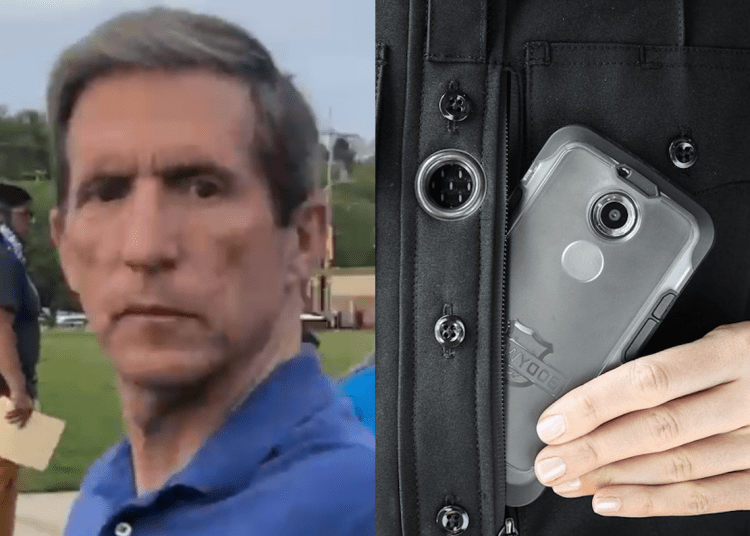 Last week the Wauwatosa police union demanded an apology from the mayor after he made the shocking comments on a local radio program. “The police union is a problem, they feel all of the elected officials in Wauwatosa weren’t sufficiently supportive of the police in 2020,” said Wauwatosa Mayor Dennis McBride during an interview broadcast on 620 WTMJ.

Making matters worse, a Facebook Live video surfaced the week after showing the mayor becoming visibly agitated. When confronted at a community event a week ago, McBride told her to “go to hell” and called her and the rest of America “racist.”

That viral video led police union leader John Milotzky to suggest that the mayor should start wearing a body camera because he has a history of making uncivil comments, as reported by CBS58.

Milotzky’s suggestion is actually a good one. Especially since, we all just presume that those demanding accountability do not need to be held accountable themselves.

And with so many political leaders enacting policies that are dramatically failing—or just plain being hypocritical—bodycams for politicians isn’t as crazy as it sounds.

From Governor Cuomo, to Mayor Lightfoot, to Mayor McBride, and many others, it seems there is no shortage of politicians acting badly.

And in the case of McBride, who wants plenty of “police reforms”—yet has failed to de-escalate a situation involving a citizen—suggesting that the mayor wear a body cam should be part of the reform as well.

Mayor McBride simply excused himself saying “I lost my temper”—if this excuse is good enough for him as a mayor, then it should be good enough for a cop under his leadership. Fortunately, law enforcement officers hold themselves to higher standards.

Beyond Wauwatosa, if Governor Cuomo wore a bodycam, who knows how many allegations would have been evidenced or deterred.

The marginal utility of policing