The Wauwatosa Peace Officers Association continues to be ignored 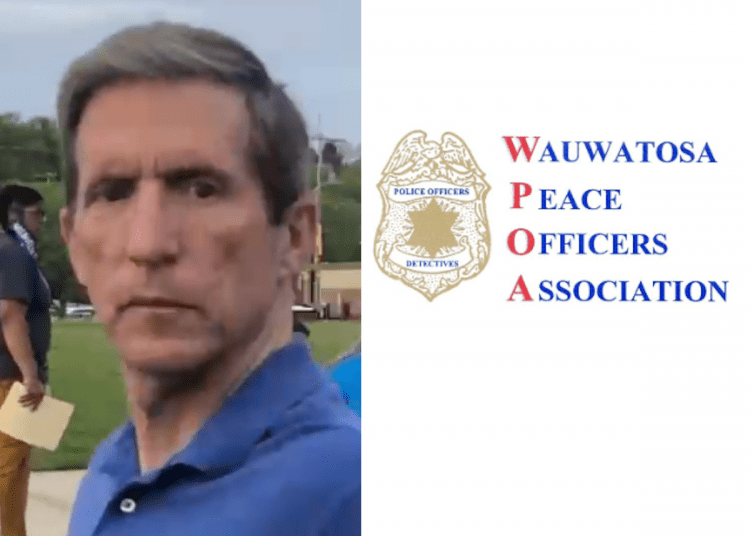 WAUWATOSA, Wisc. — The Wauwatosa Peace Officers Association (WPOA) continues to recover from seemingly never-ending insults and distractions from Mayor Dennis McBride. A few weeks ago, Mayor McBride said that the WPOA, the local police union “was a problem” and that one of its members was “drinking too much of the union Kool-Aid.

Then just last week, a Facebook Live video surfaced showing Mayor McBride telling a citizen to “go to hell” after she questioned the mayor’s policies and skyrocketing crime problems. Now, the WPOA is asking the Wauwatosa City Council for help in dealing with the distractions and difficulties that Mayor McBride cannot seem to avoid. However, as the letter from the WPOA to the City Council shows, it seems the mayor continues to avoid the police union, as he has done since last year.

The text of the WPOA letter to the Wauwatosa City Council appears below:

To the Wauwatosa City Council

Re: Guidance regarding Mayor McBride’s comments about policing in Wauwatosa, the WPOA, and its membership

During a recent radio interview, Mayor McBride recently labeled the Wauwatosa Peace Officers Association (WPOA) and its membership of Wauwatosa police officers and detectives as “a problem.”

Additionally, a recent news article—viewed more than 34,000 times by readers throughout America—featured a video of Mayor McBride telling a citizen that she can “go to hell” after she questioned the mayor’s policies on policing. When questioned about the video by CBS58, the mayor said he “lost his temper.”

Subsequently, the WPOA board and membership are unsure whether we should follow Mayor McBride’s “leadership” and how we can work together to overcome these unnecessary complications—during an already strained and intensely scrutinized era of policing in the city’s history.

Therefore, we seek clarity and guidance from the Council regarding:

1) whether the Council condones Mayor McBride’s words and actions regarding the WPOA to be “a problem” and telling a citizen to “go to hell”;

2) whether Mayor McBride should be censured from discussing policing and union-related issues due to his obvious bias, evidenced by his obvious inability to control his “temper” and his claim that a WPOA member was “drinking too much of the union Kool-Aid”;

3) whether the WPOA should advise Wauwatosa Police officers and detectives to serve the community by following the mayor’s “leadership” or somehow ignore his failings in maintaining civility and his inability to de- escalate tension in speaking with citizens of Wauwatosa;

4) whether the Council can intermediate and suggest ways to help overcome the challenges that Mayor McBride’s words and actions have caused for Wauwatosa Police officers and detectives and their working environment.

While we are seeking guidance and assistance from the Council, please note that most, if not all of our inquiries within the past year—in response to actions of the mayor and the council—have yet to be answered to date.

Nonetheless, we remain hopeful that the Council will meaningfully respond, so that we can better serve the citizens of Wauwatosa as they have entrusted us to do so.

Therefore, we look forward to hearing from the Council regarding these four issues—and having an open forum to discuss them.

As we have repeatedly and consistently stated many times in the past year, the WPOA is eager to engage in meaningful, fact-based discussions on police reform.