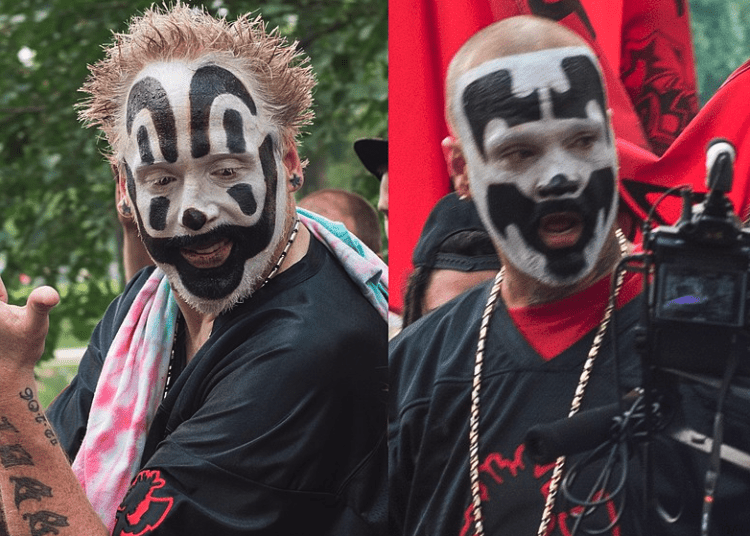 America is raising a generation of village idiots because “adults in the room” are busy believing absurdities, which is leading to atrocities. As a result, law enforcement is busier than ever dealing with socially challenged teens, irrational young adults, and mentally unstable people in all forms because too many people in society are looking for answers in all the wrong places.

Admittedly, I have borrowed excerpts from two well-known quotes to construct a thesis statement. My hope is to demonstrate the dangerous path we are on, along with the impact it’s having on the institution of law enforcement, and what we can do about it.

“It takes a village” to raise children, was repeated by Hillary Clinton in the 90s, and thus adopted into progressive ideology, although the words and philosophy preceded her.

The basic blast I have against “the village” raising children is that progressives want it to replace the traditional family.

There is no social construct superior to the nuclear family

There is no sociologist, psychologist or anthropologist who will be able to convince me that a village of public officials will raise a child with superior results to an intact home involving a loving mother and a caring father.

In essence, we need a community of people (personal and professional) who will support and help parents, not undermine or replace them.

“When it comes to defending our own values, it’s not that I deserve the liberty to raise my family as I see fit, it’s that my system for raising my family is correct, and it should be defended, and it deserves defense on its merits,” Shapiro said.

This article is not meant to discourage men and women who find themselves in single-parent homes due to circumstances. I have compassion for the difficult task of being a single parent. I’m simply saying that should not be the goal. A child needs healthy interaction and instruction from a mother and a father.

There are two factors that have sounded the alarm for me.

First, America’s killers are getting younger and younger.

When I began my career in law enforcement in the early 80s, I was taught that a person younger than 14 did not have the mental capacity to form criminal intent.

Now, depending upon the circumstances and the judgment of those involved, it can be as young as seven. Yet the alarming part of this point is that our killers are getting extremely young. And they are slaughtering their own families in many cases.

Indeed “the village” in far too many places has replaced the family in raising our children due to many sociological factors, and it’s an abysmal failure.

I originally noted this trend more than a year ago when writing, “America’s teen killers on the rise—and getting younger.” The Uniform Crime Report shows that our killers are getting younger, and it’s horrifying.

Second, my wife has spent a career in education in public schools and church ministry environments. Now in our “retirement years,” she works as a substitute teacher to productively pass the time while I write and publish news articles for Law Officer for much the same reason.

The stories she tells after a day in the classroom is a role reversal for us. As a career cop, I used to be the one who came home with sordid tales of malevolence. Now it’s her.

Sadly, so many of her encounters are exacerbated by school administrative policies that have flipped the script and empowered students to run roughshod over teachers, much like criminals no longer fear law enforcement officers.

Even as a rebellious teen myself, I adopted the conservative values handed down by my parents when I became an adult; because I knew they worked when it came to raising children.

Responsibility and discipline are not out of date

For several decades liberal elites have been telling parents they are ill-equipped to handle their children without expert advice. “Disregard the outdated folklore of responsibility and discipline,” they might say, preferring to allow kids to combust “until they cool down.”

I respect experts who can point to results, not academic illiterates who direct our attention to their degrees on the wall reminding us how much information they possess.

As a father I began to see the incrementalism Disney added to its very entertaining and creative children’s movies in the early 90s, when my kids were viewers. I’d make an editorial comment to another adult in the room and they’d discard my caution as political hyperbole.

Not any longer. The curtain has been pulled back and it saddens me to say as a graduate of Walt Disney Elementary School in Anaheim, California, that management at the Walt Disney Company is making a huge push to pollute the minds of our children.

Indeed, the progressive agenda embraced on college campuses nationwide has now graduated to Disney entertainment and they’re demanding the sexualization of primary age children as they bad mouth the Florida law, which aims to protect kids from disturbing trends that should not be introduced to youngsters.

One thing I’ve learned as a career police officer, student of history, and now a law enforcement news journalist, progressive politics pretty much guarantees unhappiness because victimization is the focal point as the abnormal and irrational demands of a few are being forced upon the many.

This is a brief list of progressive issues and the subsequent consequences we are facing as a culture:

So why are we actively engaging in The Great Reset of our social norms? Because the masses are getting duped by people and organizations that lack character and champion “power” more than ethical behavior. That is why BLM will never offer compassion for a black police officer who is killed in the line of duty or condemn black on black crime occurring at alarming rates on the streets of inner-city America.

People need to be taught to be good

As a Criminal Justice major in college I grew tired of every class seemingly focused on “why people are bad.” I was constantly ridiculed by professors when I’d answer, “Because we are born that way.”

If you doubt my claim, think about this for a second: Did you ever have to teach a 2-year-old to say “no” as a form of rebellion, or take a toy from another child? ABSOLUTELY NOT!!! If you think otherwise, you’ve never been around a toddler. When left unchecked, the various forms of bad behavior flourish.

I tried to argue that we need to teach and equip children (and adults) to be good. Part of that includes a partition between right and wrong. Sadly, we are erasing boundaries of decency and embracing perverted behavior of all forms instead of calling foul. We are denying traditions of loving discipline that have worked throughout history. We are afraid to call destructive indoctrination for what it is because we’ll be labeled “intolerant.”

There is no group more “intolerant” than radical progressives. If you disagree with them, they will resort to all manner of intimidation, coercion, and violence in order to come out on top. We see it happening every day.

“Social justice” has been weaponized

Fast forward 40 plus years from my time sitting in the college classroom. The “theories” involving why people are bad have multiplied, yet our collective behavior is getting worse every day. We haven’t solved any problems and American culture is deploying strategies that are creating criminals en-masse. Killers are getting younger every year … And they are murdering parents, siblings, and classmates.

We lack the collective will to hold wrongdoers accountable. Instead, people make excuses for their criminal behavior. It’s always the fault of someone else. Indeed, “social justice” has been weaponized … and it’s killing us.

Proven methods should be trusted

What should we do? The answers are not complicated, but we need people of character to act while we still can.

Finally, there is no single institution that is driven by local, state, and federal politics like law enforcement. Therefore, before checking a box on the ballot for a candidate, I’d encourage all voters to know if the values of that person align with your way of thinking. Too many George Soros-funded candidates have wreaked havoc on the criminal justice system in American. It’s time to get educated and stop the bleeding.