Purging patriots from the military and law enforcement will cripple America 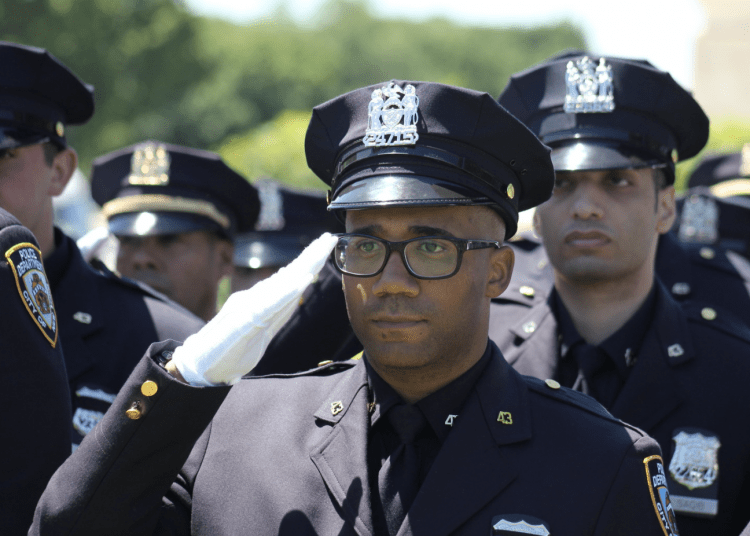 There’s a not-so-subtle movement in the United States to purge patriots from leadership positions in the military, law enforcement, and government. It seems every day someone who is deeply committed to our safety is getting axed due to their values formed in good, old-fashioned patriotism.

A recent example is former Space Force Commander Lt. Col. Matthew Lohmeier who was fired for speaking out against Marxism and Critical Race Theory in the military. Another story involves Capt. Shane Stringer of the Mobile County Sheriff’s Department who was bounced after he supported constitutional carry. There are unfortunately too many other stories to mention here.

I first heard Pete Hegseth, a former U.S. Army officer and news commentator, say that political activists in positions of power are actively “purging patriots” from within the ranks of the military and law enforcement. I’ve had this understanding for some time, but after hearing his remarks, it precisely concluded my thoughts.

While actively trying to purge patriots, the radical left needs to mutilate the idea of patriotism. These woke extremists are distorting patriots and their patriotic “call of duty.” The liars and propagandists want people to believe that a patriot is a misguided racist who is brainwashed by white privilege.

They couldn’t be more WRONG. Worse yet, they are impugning people who’ve been willing to sacrifice their lives for our nation. But patriots do more than that…

P – Protects freedom and liberty. Our Bill of Rights as outlined in the U.S. Constitution are sacred to a patriot.

A – Assesses evil. Radicals dispense violence, and are unaware of the consequences that evil organizations and empires have on freedom and liberty. That is why so many patriots offer their services to the military and law enforcement.

T – Trades personal safety for the security of citizens. There is nothing logical about a sheepdog willing to sacrifice its safety for the flock of sheep, they just do it. Patriots are sheepdogs!

R – Relentlessly pursues just causes. While one-percenters may occasionally tarnish the badge and cause the military and law enforcement embarrassing moments, they are not fulfilling their oath. A true patriot is uncompromised, and therefore, willing and able to pursue just causes.

I – Identifies areas of compromise and speaks truth. Sadly, we live in a political culture that will get you branded a racist and “canceled” when using facts to speak reality into ongoing anarchy.

O – Offends people who are destroying our country. A patriot isn’t afraid to speak up, and in political skirmishes with agenda taking priority over facts, people with weak, illogical arguments become offended. As a result, the aggrieved individuals make assertions that are untrue as they resort to hurling insults at our patriots.

T – Transforms into a hero during a crisis. A patriot is an ordinary person until circumstances require heroism. It is during these moments that extraordinary valor displays itself in breathtaking action.

When they are purged from the U.S. military and our law enforcement agencies, America will be crippled. How do you see it?