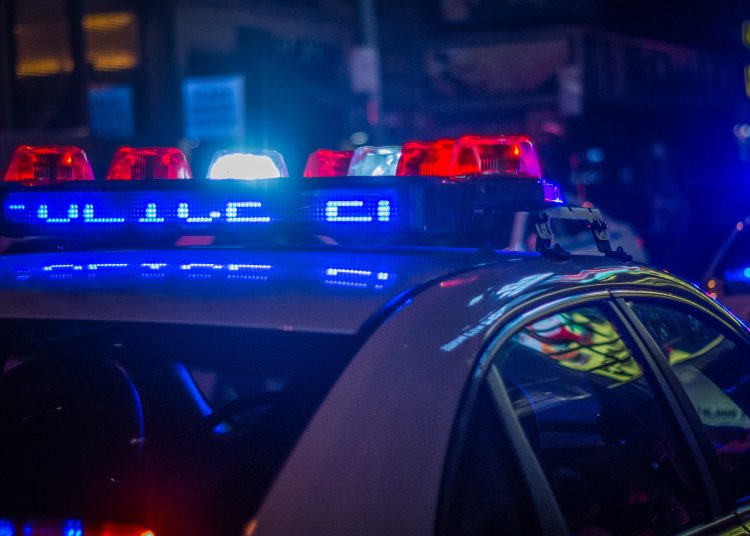 You may or may not be familiar with “The Great Reset” and how it impacts American law enforcement, but we’re seeing evidence of it everywhere, from cowardly woke police leaders who ban displays of the Thin Blue Line flag, to prosecutors who are working harder to keep career criminals out of jail than incarcerating predators who break our laws with impunity.

Some of the strategies of “The Great Reset” includes leaders of corporations and governments working together to exercise extreme control over everyone beneath them. Things like the Green New Deal as well as Environment, Social and Governance (ESG) scores are current examples of how this agenda is being implemented in the real world.

Justin Haskins co-authored a book title, The Great Reset: Joe Biden and the Rise of 21st-Century Fascism, with Glenn Beck. During an interview on the podcast, Relatable, Haskins provides details that expose what should really be called, “The Great Deception.” If you’re trying to figure out why intelligent people are undermining traditional American values, listen here.

On Friday, Albert Mohler described the current state of our criminal justice system and how the George Soros-funded prosecutors are undermining our system of justice as they pursue a destructive agenda as part of the overarching goals of “The Great Reset.”

The left and their progressive ideologies have some incredible forward momentum in reshaping America to fit their agenda. However, it’s hopefully not too late to challenge the movement that is undermining our Constitutional Republic.

Mohler is a theologian who offers daily commentary on political events. Although he speaks from a Christian worldview, any person who embraces liberty, justice and free markets will find his comments noteworthy.

Of particular note, Mohler analyzes the negative impact that George Gascon has had in Los Angeles and Chesa Boudin in San Francisco.

The following excerpt is taken from the beginning of a transcript to Mohler’s show on Friday, titled, “Reordering the Justice System in the Name of Social Justice by Redefining the Role of the District Attorney — And Attempts to Recall Leftist Prosecutors.”

You recall the opening words to the long running television drama, Law & Order, the narrator stated, “In a criminal justice system, the people are represented by two separate yet equally important groups: the police, who investigate crime; and the district attorneys, who prosecute the offenders. These are their stories.” Now, the very title of that dramatic series indicates that law enforcement has at least two parts in American society. And by the way, there are deep roots as you consider this going back to the English common law and even previous antecedent in history, including classical culture, the very early ideas of institutional justice, meaning that there needed to be, in the modern age, a separation of those who have the power to arrest and the power to prosecute.

It’s just another level of constitutional protection for those who may be accused of crimes. It requires a far more comprehensive series of investigations and arrests and prosecutions in order for the criminal justice system to move forward. This is considered a great advance in Western legal tradition. But you’ll recall that this does underline that there are two parts, law and order. And as you’re thinking about the police, you also have to face the district attorneys who have the power and the responsibility to prosecute offenders. But you’ll notice that there has been a change, or at least perhaps you should know that there has been a change in the mentality of many prosecutors in the United States, and particularly many district attorneys. Now, even as we are speaking, there are at least two major district attorneys of major metropolitan areas in the United States who are facing recall elections in which the voters will have the opportunity, if they so choose, to remove these particular district attorneys from office.

Now, in most communities, the district attorneys, the prosecutors are elected. We’re going to talk more in a moment about a fluke in American history whereby that happened. But the point is that if the people have the opportunity to elect, there ought to be a democratic opportunity for the very same voters to remove someone who is judged to have performed in a way that is either incompetent or morally wrong, violating the very purpose of the office that is held. But what we’re noticing is a far larger pattern. We’ll look at two. Indeed, we’ll look at more than two of those district attorneys that are very much centers of controversy now. But what we need to consider is the fact that this is actually a part of an intentional movement.

Indeed these are perilous times for American law enforcement as blind justice is taking a back seat to politics aligned with “The Great Reset.” Yet understanding what it is and why it’s impacting our noble profession are necessary steps in combatting the injustices embedded in it.

Law Officer believes the aforementioned resources will inform and educate people trying to understand why anarchy is being tolerated by progressives. If it’s not held in check, the United State will never be the same.