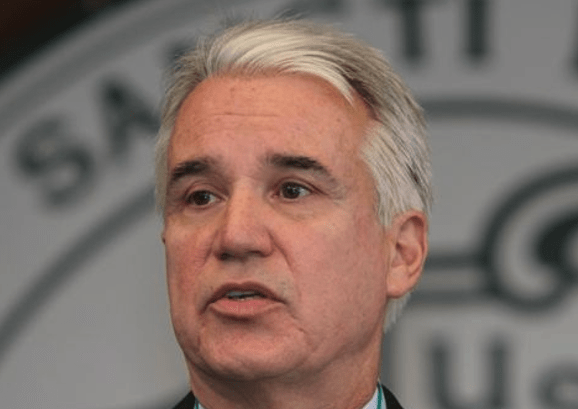 The recall effort has been approved by the Los Angeles County Registrar, which is now seeking between 800,000 and 900,000 petition signatures.

“It’s been one year of Gascon’s social experiment,” Eric Siddall, vice president of LAADDA, told Fox News Digital. “I think after that one year, people have had time to evaluate whether this is working or not working. I think most people who actually live in Los Angeles [and] understand what’s going on in Los Angeles, including the political leadership here in LA, feel that this has been a miserable failure.”

97.9% percent of the front-line prosecutors tasked with implementing @GeorgeGascon policies voted to support his recall. Gascón refused an invitation to address the prosecutors of his office to explain & defend his policies and provide his arguments why he should not be recalled. pic.twitter.com/sxMx9X8WHR

Siddall said he was not expecting 97.9% of the 83.3% prosecutors who participated in the vote to support ousting the embattled district attorney, yet that is how it developed.

“We asked our members directly whether we should endorse the recall as an organization,” he said. “We did that because we thought we’d rather than having several members of the board of directors make this call that it should be a decision that every line prosecutor makes collectively.”

Siddall explained some of the fundamental changes made by Gascon since he assumed power.

“One of the first things he did was create a set of directives — in other words, internal rules that DAs were supposed to follow. Some of those rules directly contradicted the California state law,” Siddall said. “One was that we couldn’t file strikes pursuant to the three-strikes law. And the three-strikes law is a mandatory law. It’s something that the prosecutors don’t have the discretion to ignore.”

The second legal conflict, according to Siddall, was Gascon’s directive for prosecutors to “dismiss existing charges that he personally disagreed with.”

“Whole sections of the penal code he said were no longer enforceable,” the association leader explained. “And that presents a problem, a legal problem on two fronts. First of all … the prosecutor is part of the executive branch. We can’t trust the void sections of the law. In effect, what he is doing is he’s making things legal by not enforcing them.”

Additionally, “under a California state law,” prosecutors “can’t just dismiss something” because they “don’t like it,” Siddall said.

The LAADDA has filed two lawsuits against Gascon, accusing him of violating state law, Fox reported.

Meanwhile, during his short tenure, Gascon has had 15 Los Angeles county municipalities vote no confidence in him, Los Angeles County Sheriff Alex Villanueva bypass him when seeking prosecution for accused cop-killers, and neighboring Orange County District Attorney Todd Spitzer saying, “The streets are going to be out of control. No one is going to be safe,” as Gascon implemented his policies.

“I based my support for the election of District Attorney George Gascón on the hope he would advance public safety in Los Angeles and because of our close personal relationship of over 30 years. After observing the negative effects of his policies and practices on public safety, I am compelled to rescind that endorsement,” Beck’s statement said.

“I have spent the majority of my life protecting and serving the people of Los Angeles and the men and women of its police department. I believe they would be made safer and be better served by a district attorney that emphasizes the rights of victims and the safety of our police officers,” the statement continued.

Gascon has hired some of his cronies since he’s been in charge of prosecutors in Los Angeles. One of those hires is former public defender Tiffiny Blacknell. Gascon brought her on as a Grade 4 deputy district attorney in his administration, Law Officer reported.

Following George Floyd’s 2020 death in Minneapolis, Blacknell posted a tweet referring to LAPD as “barbarians” and “an occupying army.” She also used the hashtag “#DefundPolice.” Moreover, she said that “prison is obsolete” and called to “reimagine America without it.”

Gascon’s chief of staff, Joseph Iniguez, was arrested by the Azusa Police Department for public intoxication in December.

Following Iniguez’ arrest, Gascon’s office said they continue to “have the utmost confidence” in him.

Iniguez has since filed a lawsuit against the police agency, Fox 11 reported. In the civil action, he claimed “emotional and psychological distress and physical injuries include sleeplessness, debilitating anxiety and yet to be diagnosed conditions, all of which continue to this day.”

Some observers speculate that if Gascon did not have some recently hired allies at the DA’s office, the vote to recall him may have been closer to 100% unanimous.