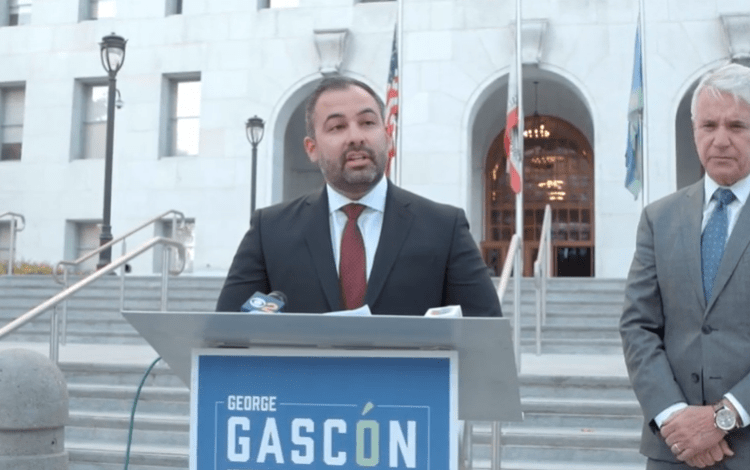 Joseph Iniguez is at the lectern with George Gascon in the background. (YouTube)

Joseph Iniguez, 36, serves as Gascón’s primary executive. Iniguez told the news outlet that his arrest was retaliation for filming his fiancé’s encounter with police at a drive-through restaurant in the City of Azusa, which is a suburb of Los Angeles.

According to jail records, Iniguez was booked on a misdemeanor Dec. 11. He was subsequently released on a provision of California law where the arresting agency is not seeking additional charges if the arrestee was taken into custody for intoxication only, and no further proceedings are desirable.

According to KTLA, Iniguez said he filed an internal affairs complaint against the arresting officer with the Azusa Police Department.

Gascón’s office told the Los Angeles Times that they are aware of the arrest, yet continue to have “the utmost confidence” in Iniguez.