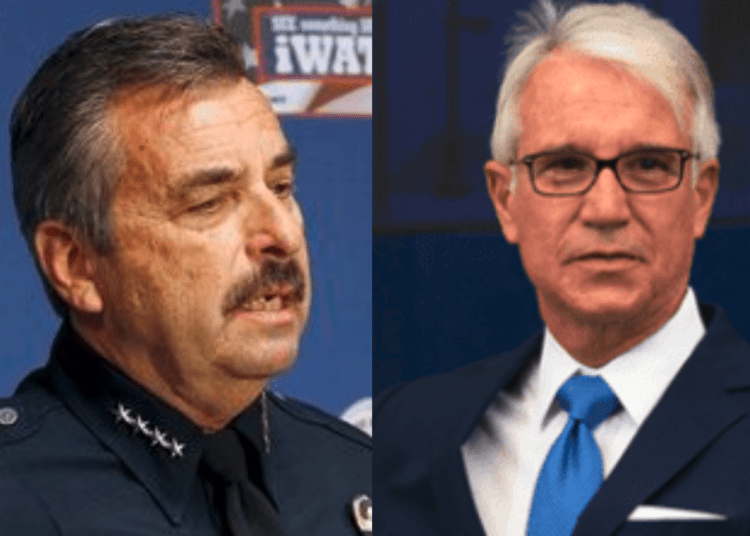 LOS ANGELES – Almost everyone with any credibility in Southern California law enforcement either opposed Los Angeles County District Attorney George Gascon from the outset or quickly pulled support for the rogue prosecutor once his policies were seen to be a catastrophe hindering public safety.

Gascon defeated two-term incumbent Jackie Lacey in 2020 on a platform of criminal justice reform. Yet his reforms have simply emboldened career criminals and upset victims’ advocates, not to mention cops on the streets.

Now former LAPD Chief Charlie Beck has finally joined the chorus and spoken against the prosecutor and his wayward decisions.

On Friday, Beck rescinded his support for Gascon, joining a unified voice of law enforcement officials, municipalities and pro-police advocates who have expressed concern over what they deem Gascón’s soft-on-crime policies, FOX 11 Los Angeles reported.

“I based my support for the election of District Attorney George Gascón on the hope he would advance public safety in Los Angeles and because of our close personal relationship of over 30 years. After observing the negative effects of his policies and practices on public safety, I am compelled to rescind that endorsement,” Beck’s statement said.

“I have spent the majority of my life protecting and serving the people of Los Angeles and the men and women of its police department. I believe they would be made safer and be better served by a district attorney that emphasizes the rights of victims and the safety of our police officers,” the statement continued.