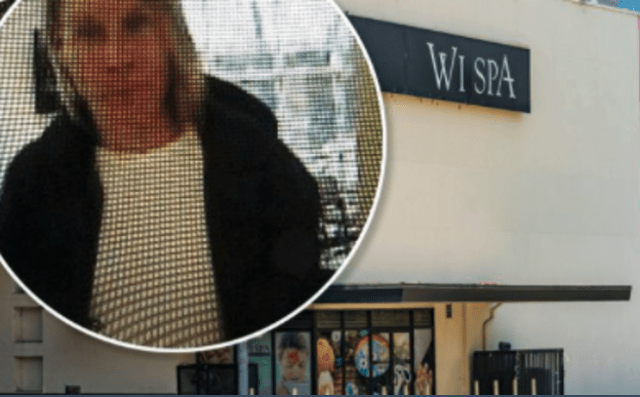 LOS ANGELES – Violence erupted during tense protests earlier this summer at a Los Angeles spa where a transgender customer reportedly exposed male anatomy to children, teens and adults in the women’s area, Law Officer reported. Now charges of indecent exposure have been filed against a sex offender, according to a reports.

Several women in June recorded the experience with the naked sex offender and their subsequent argument with management. Law Officer published a video, which has subsequently been censored by YouTube. However, you can scroll to the bottom of this report to watch the Instagram video, which as of this publication, has not been censored.

At the time of the conflict, Wi Spa management chose to ignore the women and their complaints. Many media outlets, like Slate, said it was a “transphobic hoax.”

As a result, violent protests followed at the Spa, with the many from radical organizations claiming the women were all perpetuating a hoax.

Andy Ngo, editor-at-large of the Post Millennial broke news of the criminal filing with the New York Post and said, “Never allow the self-credentialed ‘fact checkers’ tell you what is determined & settled. These writers were tasked with investigating & not only did they fail, they told the rest of us to not dig further.”

Never allow the self-credentialed “fact checkers” tell you what is determined & settled. These writers were tasked with investigating & not only did they fail, they told the rest of us to not dig further. https://t.co/8p3w5dvGvk pic.twitter.com/6enOocDGGQ

In the aftermath of the fury, criminal charges of indecent exposure were quietly filed Monday against Darren Agee Merager, according to Ngo.

“Sources with knowledge of the case but not authorized to speak publicly say four women and a minor girl came forward. They said that Darren Agee Merager was partially erect in the women’s section of Wi Spa,” the Post reported.

Moreover, Merager is a self-identified trans-woman and tier-one registered sex offender with two prior convictions of indecent exposure stemming from incidents in 2002 and 2003 in California, Ngo reported.

Furthermore, based upon court records, the transgender individual appears to be a serial flasher. In addition to the Wi Spa incident, Merager faces six felony counts of indecent exposure over a separate locker room incident in December 2018, according to Post Millennial.

During the Instagram video, originally posted by “Cuban Angel,” a very upset woman can be heard telling spa staff that a naked man was in the women’s section at Wi Spa in Koreatown, Los Angeles. “He is a man,” declares the woman in the video. “He is not no female,” she exclaims.

According to the woman chiding Wi Spa staff, the biological male was harassing women by exposing male anatomy in the women’s section.

“Wi Spa, so it’s okay. I just want to be clear with you. It’s okay for a man to go into the women’s section, show his penis to young little girls. Your spa, Wi Spa, condones that,” she said. “Girls down there, other women who are highly offended by what they just saw and you did absolutely nothing. You sided with him. Wi Spa is in agreement,” the woman says to the clerk at the front desk.

Despite several women coming forward to offer witness statements against the suspect, Merager tells the Post that “Everything about the Wi Spa was a bunch of garbage and lies.” The sex offender reportedly plans to surrender to LAPD.