The demonization of police is taking a toll on individual officers 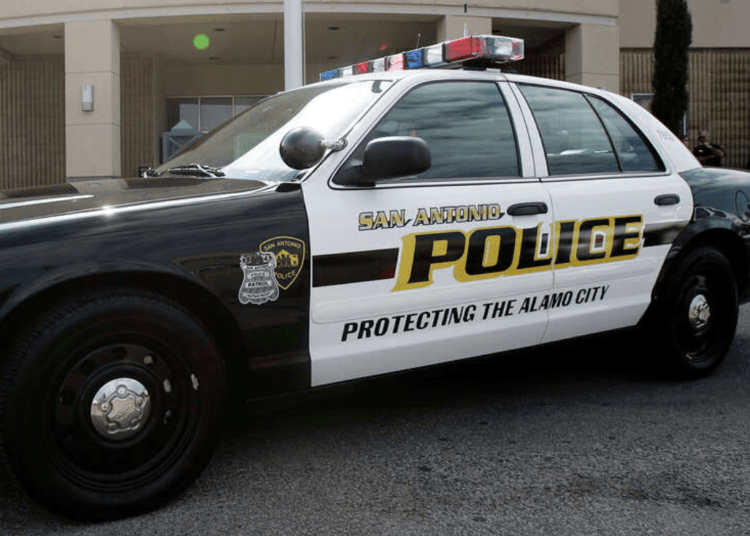 SAN ANTONIO – A police officer with the San Antonio Police Department died by suicide last week. It is the fifth suicide suffered by an officer or recently retired officer in the past seven months in the Alamo City.

“The sadder part about this is that he was receiving help that he needed,” McManus said, adding that the officer was on the phone with another veteran officer who was desperately trying to get to him and offer help.

The frantic effort to save Hammond ended in a public parking lot about 9 p.m. By the time partner officers found him, he was fatally wounded.

“We are really, really concerned about what is happening within our ranks, with police officers wanting to hurt themselves, and ultimately committing suicide,” McManus said.

A department spokesperson confirmed to KENS-TV that Hammond’s death is the fifth suicide in the department in the last seven months. Four of the five deaths were active-duty officers and the fifth was an officer who retired two weeks prior to his death.

Experts told Fox News Digital that it’s a sobering reminder of the growing struggles that take place as officers face demonization among the anti-police defunding movement.

Tania Glenn is a trauma therapist in the Austin area with 30 years of experience. She is also the president of Tania Glenn and Associates, which specializes in providing mental health services to first responders and veterans.

Glenn told the news outlet that the demonization of police by the media and politicians has played a significant role in crushing law enforcement morale.

“They have a really big city with a lot of violence, and they have been dealing with the media portrayals of law enforcement folks as demons,” Glenn said. “And they have sort of been cut off from society and engaging in making people happy with ‘coffee with a cop’ and things like that. All these things have really come to a screeching halt between the pandemic and what happened after George Floyd. So, they’re isolated. Their mental health is suffering, the trauma is compounding, and it’s just this perfect storm for what’s happening there.“

While speaking to Fox News, Glenn explained that the Floyd riots in 2020 had a significant effect on the mental health of not only officers but their families as well.

“You look at how many law enforcement wives were taking the Thin Blue Line stickers off their cars because they didn’t want to be hunted down or harassed or have their cars keyed, and just listening in [to] some of those Facebook groups, the dialog and the chat of even the family members, it’s just a massive, massive accumulation of stress that’s impacting the mental health of all the officers and their families,” she noted.

“When there’s no one there to support you and no one really has your back other than fellow officers, then they say, ‘Why do I do this?’” Glenn said. “‘And why do I keep going?’ And simultaneously to all of that, I think all of that, if their mental health is starting to suffer and their serotonin levels are off, and they don’t see life in terms of the big picture that if we move through this process, things may get better, or I can explore other options in my life.”

“It comes down to the fact that all they see is that suicide is the only option and their brain and depression does this awful thing. It really tricks you into believing that people will be better off without you, which, of course, cannot be further from the truth,” Glenn said.

Related: Jurisdiction: A Cop and a Pastor Talk About Life (and Death)

Darron Phillips, a 28-year veteran with the San Antonio Police Department talked with Fox about the manner in which police officers internalize trauma and job stress.

“One of the first things I was told as a young patrolman is don’t you dare ever even call your sergeant if you have an issue,” Phillips said. “You call a senior patrolman over there, and you go to him first, and if he can’t figure it out, then you call the sergeant. Sergeants did not want to be bothered in 1988 with a patrolman’s little crap, so it already starts a culture where you kind of internalize stuff, and you keep it in-house.”

Phillips also talked about the larger factors that traumatic brain injuries like chronic traumatic encephalopathy (CTE) and post-traumatic stress (PTS) have on today’s officers. And the “Ferguson effect — officers pulling back due to fear of reprisal from politicians and other leaders — is absolutely 100% true.”

Retired police lieutenant and author Jim McNeff offered an inside perspective and illustrated what officers are experiencing.

“The outside world is clueless to the stressors experienced by police officers,” McNeff said. “We hire people with a servant’s heart and ask them to confront evil, which is extremely difficult. Then armchair quarterbacks and naysayers demean their motives, their tactics, and yes, their faux-pas with spite. There is no mercy or grace for our public servants.”

“Suddenly, this person we hired who wanted to save the world is second-guessing his or her decision to get into the profession, to help others in need,” he continued. “Can you imagine political activists and politicians railing against emergency room doctors who are trying to save people, but lose many in the process? We’d have far fewer ER docs, and we now have far fewer people who want to be cops.”

“We need a course correction in our culture,” McNeff concluded, “and it needs to happen soon.”