The accused killer was known to the little girl 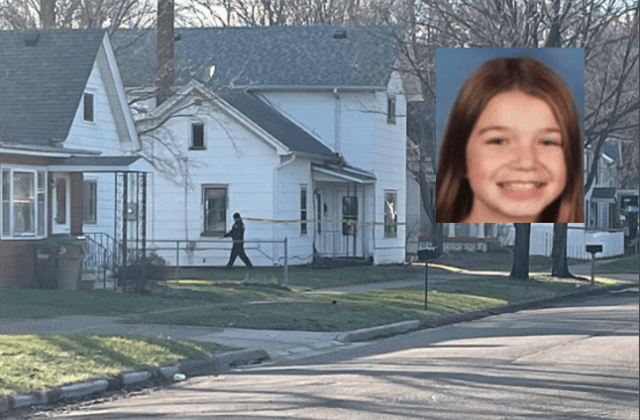 A juvenile suspect who was known by Lily Peters has been taken into custody. (Twitter)

CHIPPEWA FALLS, Wis. – Authorities in Wisconsin announced the arrest of a suspect Tuesday evening in the horrifying death of a 10-year-old girl who went missing Sunday night. She was found Monday morning murdered near her aunt’s house, Law Officer reported.

Chippewa Falls Police Chief Matthew Kelm said the unnamed suspect is a juvenile who was known to the victim, Liliana “Lily” Peters.

“First and most importantly, earlier this evening we arrested a juvenile suspect in this case,” he said during a news briefing. “The suspect was not a stranger. The suspect was known to the victim. We do not believe there is any danger to the community at this time.”

Lily was reported missing by her father around 9 p.m. Sunday after she failed to return from her aunt’s home on North Grove Street, Kelm told local media, Fox News reported.

Investigators served a search warrant at 422 North Grove Street on Tuesday, the chief said. According to public records, the address has been linked to her relatives.

Now crime scene tape is going up around the house that is owned by Lillys aunt pic.twitter.com/kNw0n36ph2

The chief did not disclose when or where the suspect was arrested or what the juvenile’s relationship was with the deceased girl.

Although the identity and relationship wasn’t disclosed, Kelm referred to the suspect as a male when asked where the perpetrator was being held, according to Fox News.

“I’m not sure where the suspect is right now, but he is in custody,” Kelm said.

Local reports indicate there was a massive police presence in the area of North Grove Street near Leinenkugel’s brewery. Her bike was found nearby, which eventually led to her remains.

Lily Peters’ remains were found in the woods near the end of North Grove Road, which turns into a walking trail. (Google Maps)

Lily’s body was located about 9:15 a.m. Monday. Authorities quickly determined her death was a homicide. Allied agencies responded with manpower and other assistance to the Chippewa Police Department.

Kelm said investigators received more than 200 tips. He credited the public’s help for solving the case, according to Fox.

The community of about 13,000 residents has been deeply impacted by the homicide. The town is adorned with purple ribbons, stickers and buttons, which was Lily’s favorite color.