After two partners were murdered and Officer Alec Iurato was wounded, he fatally shot the gunman 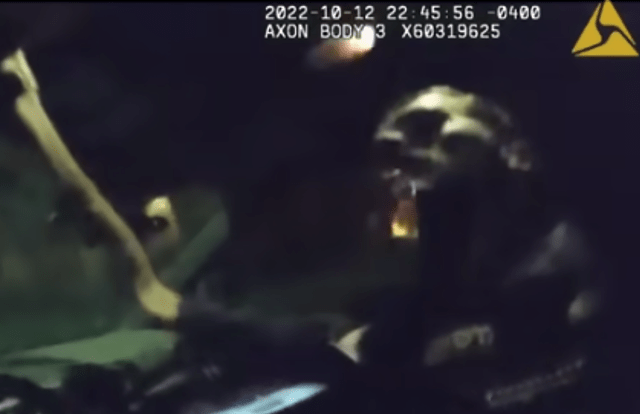 BRISTOL, Conn. – The Office of Inspector General in Connecticut released heroic bodycam footage showing the moment a wounded officer with the Bristol Police Department fatally shot a suspect who previously shot and killed two officers in what was described as an ambush attack.

On Oct. 12, at 10:42 p.m. Sgt. Dustin DeMonte, Officer Alex Hamzy and Officer Alec Iurato responded to a 911 call at 310 Redstone Hill Road regarding a domestic dispute. Investigators believe the call was made by Nicholas Brutcher regarding an alleged dispute with his brother, Nathan Brutcher.

Upon arrival, responding officers encountered Nathan Brutcher at the side of the house and ordered him to place his hands in the air, the Daily Caller reported.

However, as soon Nathan stepped from the home, Nicholas opened fire from behind the officers, discharging “well over eighty round[s],” according to the Bristol Police report.

Tragically, both DeMonte and Hamzy were murdered by the gunman while Iurato was wounded, Law Officer reported.

Video footage released by the IG’s Office shows Iurato radioing for help, according to the Daily Caller.

“Shots fired, shots fired, more cars, send everyone,” Iurato pleads prior to walking toward a tree and expressing the critical nature of his experience, “oh f***, oh f***.”

Iurato managed to maneuver toward two patrol units as shots ring out. He then appears to acquire target acquisition and squeezes off a single round, fatally shooting Nicholas Brutcher.

The wounded, heroic officer was taken to a nearby hospital and treated for unspecified injuries before being released.

According to law enforcement sources, the gunman made a bogus 911 call regarding the disturbance at his home prior to carrying out the ambush attack on the officers with an AR-15-style rifle.

A compilation of state authorities are involved in the investigation. They have already disclosed what is readily apparent, that a preliminary investigation reveals Iurato’s shooting was justified.