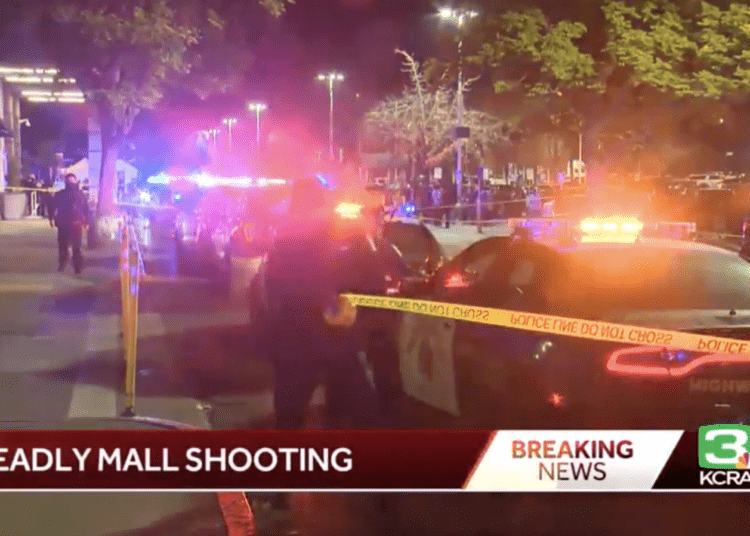 SACRAMENTO, Calif. — Two teens have been killed after a shooting around 6 p.m. Friday at the Arden Fair Mall, according to Sacramento police.

A 19-year-old male was pronounced dead at the mall. Paramedics rushed a 17-year-old male to a nearby hospital, but he ultimately died of his injuries, according to Sacramento police.

The mall started an evacuation shortly after the gunfire erupted during Black Friday shopping, KCRA reported.

Police said the shooting suspect left the area and investigators only have a limited description at this point.

Officials closed the Arden Fair for the remainder of Friday as detectives investigated the crime scene. The mall reopened at 10 a.m. Saturday.

“This is an active investigation and Arden Fair continues to work closely with all law enforcement agencies involved,” mall officials said in a statement Saturday. “We are deeply saddened by the tragic event that occurred Friday evening and our prayers and condolences are with the families of the victims.”

Esther Diaz was shopping when she witnessed the chaos.

“I just see a bunch of people running and so I was wondering what was going on, so I started running,” Diaz said. “It was just very extreme.”

Many shoppers were locked down inside various stores with employees when gunfire rang out.

“We were at DeVons Jewelers, getting our wedding bands,” recalled Christopher Mendes, who is getting married next Friday. “All of a sudden, we heard firecracker sounding sounds.”

“We all just ducked in the side, hid behind the furniture,” said his fiancé, Emily Chen. “We’re super thankful to the employees and the police. Everyone was super calm, super fast to react.”

A KCRA reporter, Melanie Wingo, was sitting near a loading dock at the mall writing up a Black Friday shopping story shortly before 6 p.m. when she saw people stampeding out of facility from multiple directions, she said, according to the news organization.

Two women who appeared shaken asked her to take them to their car, which she did, driving to the other side of the mall where their vehicles were located, Wingo said.

Sacramento Mayor Darrell Steinberg said on Twitter he was waiting for more information on the shooting, but was also concerned about the increasing gun violence in the city.

“We are deeply concerned by the increase in gun violence in Sacramento and other cities during the pandemic, and have supported increasing our efforts to reach young people at risk. A gun is never the answer,” he said.

We are awaiting more details on tonight’s incident from @SacPolice. We are deeply concerned by the increase in gun violence in Sacramento and other cities during the pandemic, and have supported increasing our efforts to reach young people at risk. A gun is never the answer.

Anyone with information on the shooting is urged to call Sacramento police.