'If he is released early, he will continue to break the law,' wrote the deputy district attorney 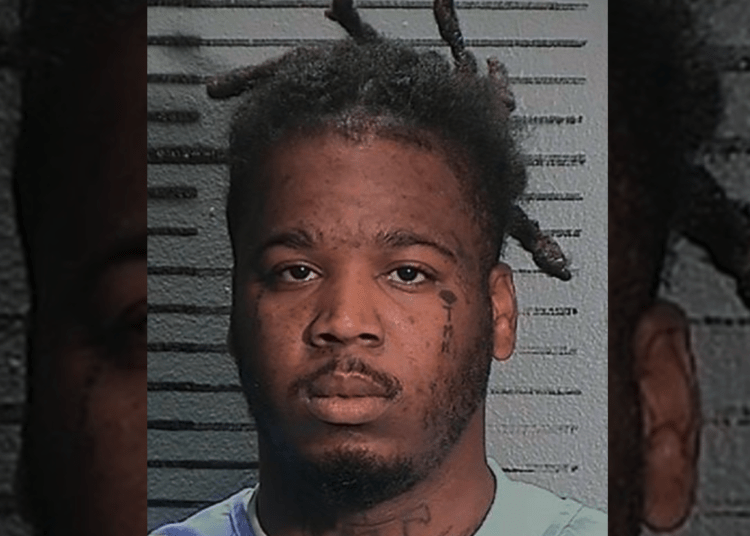 SACRAMENTO, Calif. – One of the men accused of opening fire on a crowd during a fight in Sacramento early Sunday morning — killing six and injuring 12 — has been revealed to have an extensive criminal history, the Post Millennial reported.

Smiley Martin, 27, was arrested by the Sacramento Police Department on Tuesday. His role in the deadly encounter remains unclear, yet his criminal history is in focus. He served only four years of a 10-year prison sentence, being released in February over objections from the local prosecutor. The defendant remains hospitalized for injuries he sustained during the shooting.

His brother Dandrae Martin, 26, was also arrested. He is facing charges of assault with a deadly weapon and unlawful possession of a firearm by a felon. Thus far, neither suspect has been charged with murder. However, police said as the investigation continues the defendants may face additional charges.

“Inmate Martin’s criminal conduct is violent and lengthy,” wrote Deputy District Attorney Danielle Abildgaard in a two-page letter to the Board of Parole Hearings on April 29, 2021.

In the correspondence, Abildgaard outlines Martin’s criminal history dating back to 2013, which include multiple robberies, firearms violations, and providing false information to police.

Just months after turning 18, Martin attempted to discard an assault rifle that had been concealed inside his clothing, according to the news outlet.

Less than a year later, Martin and three other suspects engaged in a robbery at a Walmart store, making off with $2,800 worth of Galaxy Notebooks.

“Video surveillance captured the incident,” the letter said. “During the investigation, law enforcement discovered additional robberies committed on November 29, 2013, and November 30, 2013, of similar electronics at other Walmart and Target stores. Witnesses positively identified Inmate Martin through surveillance photos at those subsequent robberies.”

“Inmate Martin pled to the robbery and was sentenced to two years in state prison.”

A period of time after his release on parole, Martin once again encountered police officers during a vehicle stop. He provided false information to the patrol officer and fled.

“After a foot pursuit Inmate Martin was eventually incapacitated with a Taser and ultimately taken into custody,” the letter said. “Officers were able to identify him and learned he was a parolee at large.”

About six months later, Martin was involved in the crime that led to his 10-year prison sentence. He forced his way into his girlfriend’s home and viciously beat her, the Post Millennial reported.

“He located her hiding in her bedroom closet and hit her repeatedly with a closed fist on the face, head, and body, causing visible injuries,” the letter says. “He then dragged her out of the home by her hair to an awaiting car. After he put her in the car, he assaulted her with a belt.”

“During the investigation, information was gathered that the victim had been working as a prostitute and that Inmate Martin had been assisting and encouraging her to be a prostitute. Text messages and social media conversations revealed that he would tell her what kind of sex buyer she should date, how much money to charge, how to accept payment, and what forms of payment she should accept.”

California corrections spokeswoman Dana Simas said on Tuesday afternoon that the parole board had denied Martin’s parole in May of 2021, but less than a year later he was released, according to the Sacramento Bee.

“Prior to reaching a CDCR facility, Martin had already received 508 days of pre-sentencing credits, and received a variety of additional post-sentencing credits,” she wrote in an email. “He was released to Sacramento County probation in February 2022.”

“As shown by Inmate Martin’s pattern of conduct, he is an assaultive and non-compliant individual and has absolutely no regard for his victims who are left in the wake of numerous serious offenses,” the DA’s office wrote last April. “He has no respect for others, for law enforcement or for the law.”

Next comes a portion of the letter that might seem prophetic, but it’s highly predictable without evidence of sustained reform in a person’s life.

“If he is released early, he will continue to break the law,” DDA Abildgaard warned.

“We believe at this point there are five shooters and the five shooters included two groups where there was an exchange of gunfire between the two groups,” Sgt. Zach Eaton said in a midweek briefing with reporters.

Eaton declined to elaborate on the gang affiliation of those involved and had no information on potential retaliatory violence, but noted extra law enforcement is in the downtown area, poised to respond to any concerns.

As detectives continue identifying the shooters and weapons involved, the number of identified gunmen may “grow beyond five,” the Sacramento Police Department said in a news release.

“This tragedy downtown is a very public example of what families in many of our neighborhoods know too well,” said Chief Kathy Lester. “The suffering inflicted by gang violence does not limit itself to gang members. It spills over to claim and shatter innocent lives and harm our entire community.”