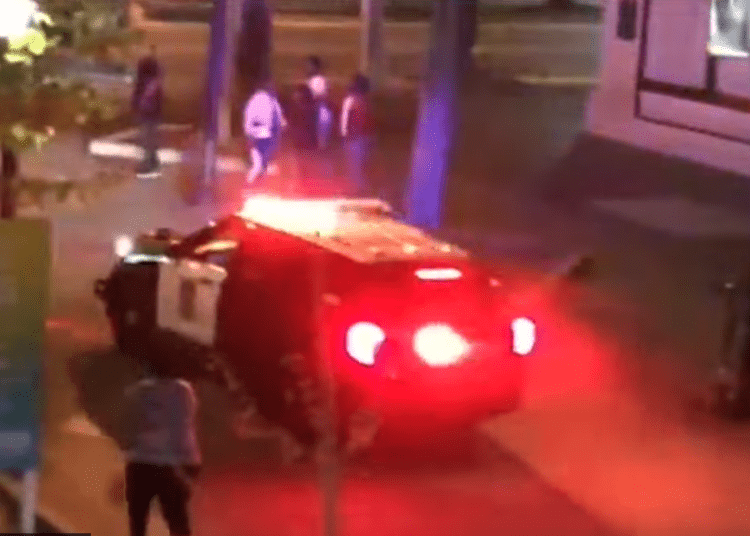 SACRAMENTO, Calif. – The Sacramento Police Department announced the arrest of a second suspect in connection to the weekend mass shooting that left six dead and 12 wounded. He is the brother of the first suspect who was arrested on Monday.

Smiley Martin, 27, was taken into custody Tuesday morning as he recovered at a hospital from injuries sustained during the gun battle that erupted during a fight in the entertainment district early Sunday morning, police said, according to Fox News.

Martin faces charges of possession of a machine gun as well as possession of a firearm by a prohibited person. Police said he will be booked at the Sacramento County Main Jail once he is medically cleared.

Martin is the brother of Dandrae Martin, 26, who was arrested as a suspect in the mass shooting a day earlier. Dandrae Martin is facing charges of assault with a deadly weapon and unlawful possession of a firearm by a felon. Thus far, neither suspect has been charged with murder.

Police said as the investigation continues the defendants may face additional charges.

Moreover, another arrest took place late Monday. Daviyonne Dawson, 31, was taken into custody on charges of being a prohibited person in possession of a firearm, Yahoo News reported.

Dawson is not charged with any crimes related to the shootings and detectives do not believe the firearm they recovered was used in the homicides.

SACRAMENTO, Calif. — Police in Sacramento have announced an arrest in Sunday morning’s mass shooting that left six people dead and 12 others wounded.

Dandrae Martin, 26, was identified by detectives as a “related suspect.” Martin faces charges on suspicion of assault and illegal firearm possession, KTLA reported.

The arrest comes after SWAT team members and detectives served search warrants at three residences, according to police. One firearm was recovered during the various searches.

Sacramento police said over 100 shell casings were found at the scene in the area of K and 10th streets.

Chief Kathy Lester said Sunday that a stolen gun was also recovered at the scene of the shooting.

There was a large fight ongoing at the time of the mass shooting. Police initially said they were searching for at least two people responsible for the homicides. It’s unclear if police believe Martin is one of those individuals.

There were no further details released regarding suspect information.

Among the dead are three men and three women. They ranged in age from 21 to 57. The murder victims were identified as follows:

At least three nearby buildings and three cars were also hit by gunfire.

Police continue asking for the public’s help in identifying who is responsible.