16 people gunned down in Sacramento mass shooting, at least 6 dead 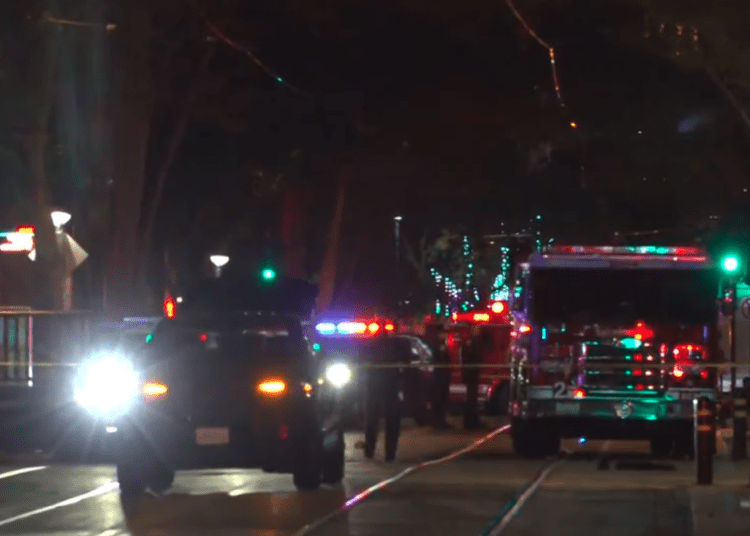 A mass shooting occurred in Sacramento overnight, killing six and wounding 10 others. (YouTube)

SACRAMENTO, Calif. – Authorities say at least 16 people were gunned down in a downtown Sacramento mass shooting leading to the deaths of at least six victims early Sunday morning.

The Sacramento Police Department announced in a tweet that officers at the scene “located at least 15 (now 16) shooting victims, including 6 who are deceased,” in the early morning mass shooting.

The conditions of those wounded by gunfire was not immediately disclosed. It’s unclear how many suspects were involved, according to the Sacramento Bee.

Officers located at least 15 shooting victims, including 6 who are deceased. There will be a media staging area at 9th St/K St. Continue to follow this thread for updates. #kstreetshooting #sacramentopolice #sacpd

Police Chief Kathy Lester, speaking with reporters at the scene, said there were no suspects in custody, according to the news outlet.

Sacramento Police issued a notice on Twitter that said, “ADVISORY: 9th St to 13th St is closed between L St & J St as officers investigate a shooting with multiple victims. Conditions unknown at this time. Please avoid the area as a large police presence will remain and the scene remains active.”

ADVISORY: 9th St to 13th St is closed between L St & J St as officers investigate a shooting with multiple victims. Conditions unknown at this time. Please avoid the area as a large police presence will remain and the scene remains active. Please follow this thread for updates. pic.twitter.com/lGhUJCnLWe

Lester said it wasn’t immediately clear if the victims were deliberately targeted or how many gunmen were involved.

“Right now our investigators are arriving at the scene,” she said.

Although the investigation is in the preliminary stages, this is “a very complex and complicated scene,” Lester said, ABC 10 reported.

The chief issued a plea to the public, asking for witnesses or anyone with recordings of the incident to contact police.

According to video posted on Twitter, people ran through the streets as gunfire could be heard, the New York Post reported.

“The first thing I saw was like victims. I saw a young girl with a whole bunch of blood in her body, a girl taking off glass from her, a young girl screaming saying, ‘They killed my sister.’ A mother running up, ‘Where’s my son, has my son been shot?’” he said. “You know, commotion, trauma. It’s just a lot of things that, you know, you don’t want to see.”

The scene of the shooting is packed with restaurants and bars. It leads to the Golden One Center, where the Sacramento Kings play basketball.