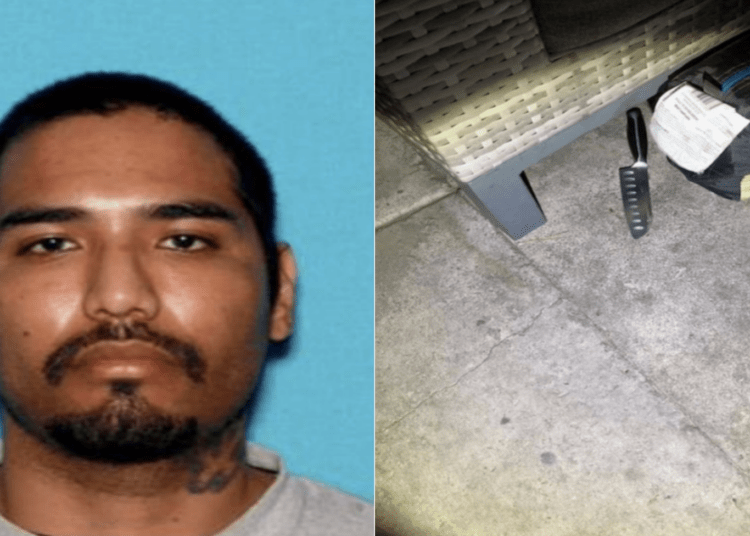 SAN BERNARDINO, Calif. — Officers who responded to a call about a family disturbance at a San Bernardino home on Friday fatally shot a man they said charged at them with a large knife, which appears to be a meat cleaver.

Nicolas Segura, a 27-year-old San Bernardino resident, was taken to a hospital but died after the shooting that happened in the 2300 block of W. Adams Street, officials said.

According to the San Bernardino Police Department, officers responded to the home after multiple family members called 911 to report that Segura was threatening to stab relatives with a knife while possibly under the influence of methamphetamine.

Please see the attached Press Release regarding an incident that occurred in San Bernardino. pic.twitter.com/nXPxur54TK

Family members said they were locking themselves in bedrooms out of fear of Segura, police said.

Officers soon arrived and found Segura in the driveway, still holding a large knife, according to SBPD. The suspect was combative as he refused to comply with their commands and charged at them with the knife. At least one officer opened fire and struck Segura, who was transported to the hospital with gunshot wounds, which he did not not survive, KTLA reported.

There were no additional injuries to family members or police personnel, according to the department. The agency said officers recovered a “large kitchen knife” from the scene, which has the appearance of a meat cleaver.

Authorities provided no further details about the officer involved shooting.