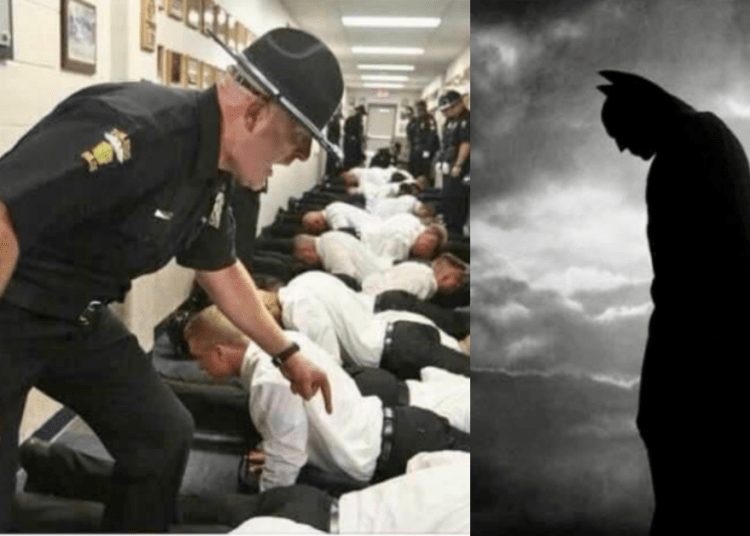 Dumas, a martial artist Black Belt and avid trainer, was one of the officers who would dress up as a superhero and rappel down the Russel J. Ebeid Children’s Hospital building while waving at patients. Those close to Officer Dumas calling him a real-life superhero.

“I guess I kind of describe him as a true hero,” said friend Doris Piercefield.

Officer Kevin Dumas served as a member of TPD’s Swat Team and was an instructor for TPD’s Police Academy.

Once a year Dumas would take on the role of Batman.

There are no words to express the sadness we feel as we announce the unexpected passing of Ofc. Kevin Dumas. There is not be enough space here to speak on his achievements, but also the kind, loving, and dedicated person he was. He will be sorely missed. pic.twitter.com/xmcT5csA0h

“I was just so excited to have an opportunity to do this costume for him because what he was using it for was just so amazing,” said Piercefield

“Anytime I’d see Kevin go down that rope, Batman… I know him,” said friend Erik Swanson. “I know who that is, that’s not Bruce Wayne. He’s doing that extra special thing for other people’s kids, just how he would with his own, how he would be with yours, or mine.”

ABC13 reports that Officer Dumas leaves behind a wife, three children, countless friends, and students who trained under his guidance.

Toledo PD issuing a statement on Twitter recalling the officer as kind, loving, and a dedicated person.

The City of Toledo taking to social media as well offering condolences to family, friends, and fellow TPD officers.

The cause of death was not provided.