Slashings and stabbings involving inmates are up 16 percent this year 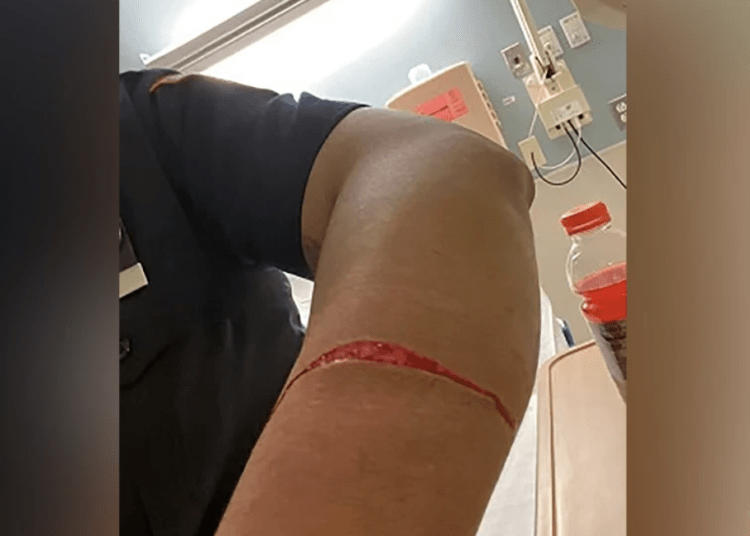 NEW YORK — A career criminal gangbanger with a “resume” of 70 prior arrests slashed a correction officer in the arm and stabbed a captain in the knee at the Manhattan Detention Complex on Thanksgiving Day, union officials said Friday.

The inmate, identified by a Correction Officers’ Benevolent Association spokesman as Franklyn Dominguez, a member of the Latin Kings, was already fighting with two Correction captains — and waving a sharpened piece of metal — when the officer got out of an elevator at the Lower Manhattan facility and walked right into the melee in the vestibule, New York Post reported.

“He was yelling that he should have gone home yesterday, why was he still here?” the officer, who declined to give his name, told the Post.

Dominguez reportedly refused to drop the weapon. As a result, detention authorities deployed pepper spray on the non-compliant inmate.

During the process, he began to swing the piece of metal even more violently, slashing the officer in the arm, according to the spokesman.

Therefore, correction officers used pepper spray a second time. It was at the moment that a captain was stabbed in her knee with the weapon, according to sources.

The officer, 35, who has been with the department for three years, required 10 stitches to close the wound. He will also take some time off work to recover.

The captain also required stitches, according to the COBA spokesman.

Both Correction employees have since been treated and released from the hospital.

Dominguez, the 70-time arrestee, was in custody on a criminal contempt charge, for violation of an order of protection.

He has also been involved in 84 domestic incidents, according to the spokesman.

In the past, the inmate had caused problems in his housing area and needed to be moved to a different section of the facility, according to the officer.

Correction officials are investigating and pursuing the inmate’s re-arrest, The Post reported.

Slashings and stabbings involving inmates are up 16 percent this year, the union said.

“While this carnage is unfolding, City Council Speaker Corey Johnson is pushing legislation that would eliminate punitive segregation completely and threaten the lives of everyone in our jails,” COBA President Benny Boscio Jr. said in a statement, calling the legislation “as great a threat to our officers as the inmates who are assaulting us with impunity.”