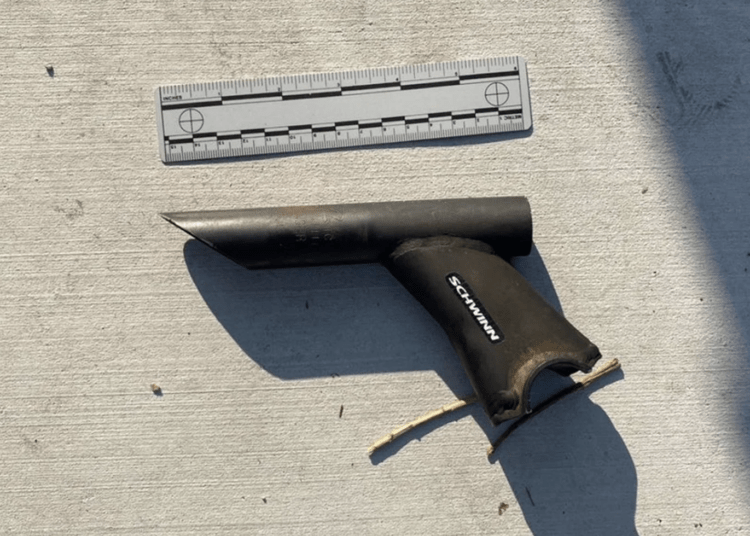 A bicycle part police say was held by a man when a LAPD sergeant mistook it for a gun and fatally shot him in Culver City on Jan. 11, 2020. (LAPD)

LOS ANGELES — The Los Angeles Police Commission ruled Tuesday that an LAPD sergeant acted within department policy when he fatally shot a 31-year-old man who was holding a bicycle part that resembled a handgun in Culver City in January.

The unanimous decision, justifying the sergeant’s actions and clearing him of any punishment, came after family members of Victor Valencia told the commission during a virtual Zoom meeting that Valencia suffered from mental illness, was of little threat and deserved better, Los Angeles Times reported.

“There’s other ways to go about things,” said Sara Cervantes, Valencia’s cousin. “What gave the reason for this officer to shoot down my cousin like he was nothing?”

According to NBC 4, police received a call around 12:40 p.m. during a Saturday in January about a “man with a gun” and a Pacific Division patrol field supervisor in the area, Sgt. Colin Langsdale, responded to the scene.

Langsdale found the man, exited the vehicle, and saw him point what Langsdale later said he believed was a handgun. Police reported that a witness also said he believed the item in his hand was a gun. Langsdale shot the man about 12:55 p.m. in the area of Venice Boulevard at Tuller Avenue.

The man was treated at the scene and then taken to Ronald Reagan UCLA Medical Center, where he was pronounced dead, according to police.

As with all officer-involved shootings, the investigation by the LAPD’s Force Investigation Division will be reviewed by Chief Michel Moore, the Board of Police Commissioners and the Office of the Inspector General to determine the thoroughness and accuracy of the investigation and whether the use of deadly force complied with the LAPD’s policies and procedures, NBC reported.

Representatives from the Los Angeles County District Attorney’s Office will also review the investigation, evidence collected and witness statements to determine if Langsdale violated any laws.