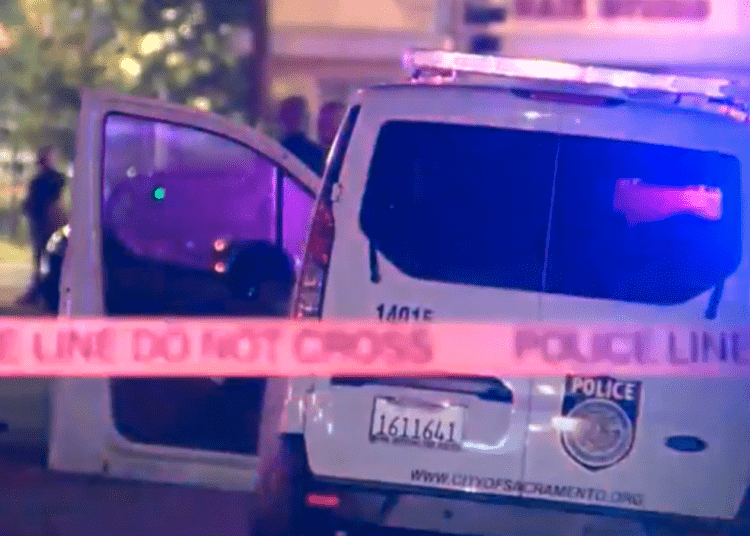 SACRAMENTO, Calif. – A police officer was in surgery Saturday night after being stabbed in the right arm by a female suspect who was subsequently shot and killed by officers, the Sacramento Police Department said.

Officers originally responded to Plaza Avenue and Del Paso Boulevard in Old North Sacramento regarding a female victim who said she had been assaulted by the female suspect, KCRA reported.

The fatal shooting occurred around 7:30 p.m. after the suspect stabbed the officer when police tried to separate her from the assault victim, police said.

According to KCRA, the officer’s injuries are considered “serious” but non-life-threatening.

The department remained at the scene overnight and asked people to avoid the area, Fox reported.

The officer-involved shooting occurred near the intersection of Plaza Avenue and Del Paso Boulevard. (Google Maps)

“At this point, we do not believe this to be a domestic violence type situation, however, it’s still preliminary,” Eaton said during an evening press conference.

The sergeant said the initial woman who made contact with officers regarding the assault had visible injuries, but was expected to be OK, KCRA reported.

Neither the victim nor deceased suspect were identified by authorities.

Police did not immediately provide additional details as the investigation was unfolding.