K9 Ranger is recovering after being stabbed by a fleeing felon 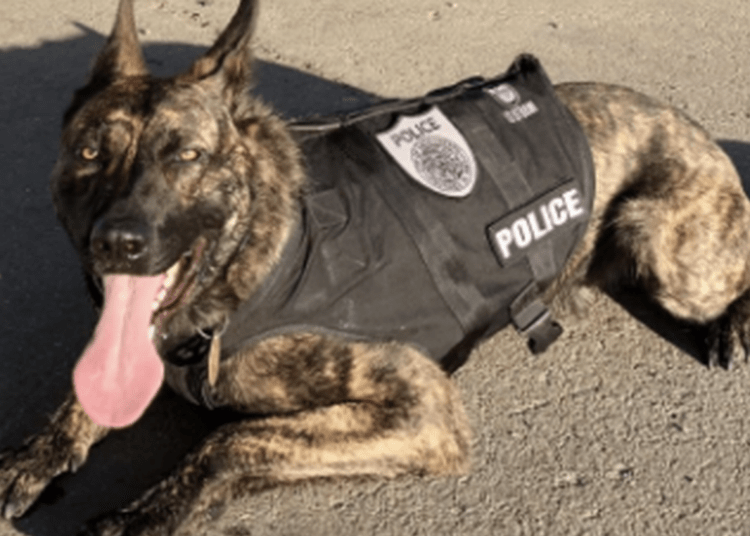 In a news release, the agency said officers, accompanied by a K9 Ranger, were sent out to a home in Oak Park about 8:30 p.m. to conduct an arrest, The Sacramento Bee reported.

The suspect was wanted on a felony arrest warrant on suspicion of stalking and making threats. He was identified as 58-year-old Hans Schroeder.

As officers approached Schroeder’s residence, he fled out a backdoor with a knife, according to police.

A handler deployed K9 Ranger to make the apprehension of the fleeing felon. In the process, Schroeder reportedly stabbed Ranger in the abdomen, police said.

Once Schroeder was taken into custody, Ranger was taken to VCA Sacramento for emergency surgery. Fortunately, Ranger is expected to make a full recovery, SacBee reported.

Schroeder was treated at a local hospital for injuries sustained during his confrontation with Ranger. Once he receives medical clearance, police said he will be booked on charges stemming from his warrant as well as additional charges for the knife attack on Ranger.

“The Sacramento Police Department would like to thank the veterinary staff for their hard work in helping K9 Ranger,” the police agency wrote in a news release. “SPD would also like to thank the outside law enforcement agencies that assisted our department.”