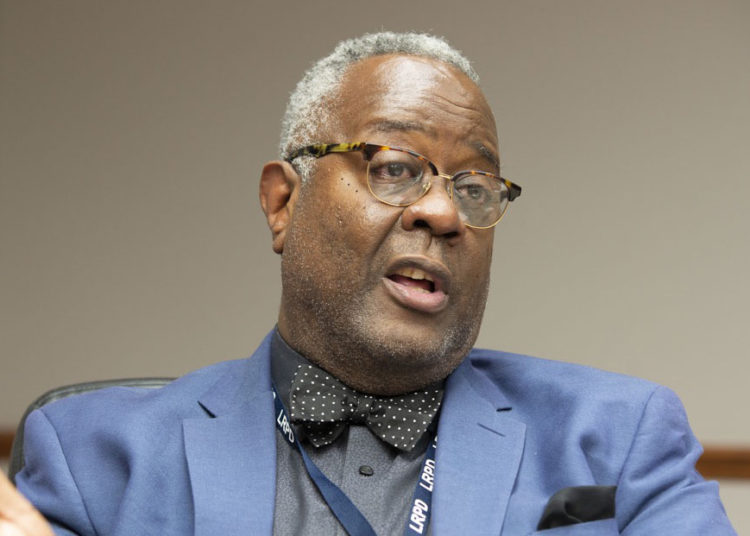 LITTLE ROCK, Arkansas – Little Rock Police Chief Keith Humphrey was involved in a shooting on New Years Eve when he responded to a disturbance. Authorities say that Chief Humphrey encountered an armed suspect that was shooting at a victim when Humphrey engaged with the suspect. The shooter fled the scene and was later captured.

According to a release from the Little Rock Police Department, Humphrey was working a New Year’s Eve detail along with other members of the Command Staff to assist patrol when the shooting occurred.

While no other details have been released and the Arkansas State Police are investigating, Chief Humphrey has built quite the reputation during his short tenure in Little Rock.

One of his first decisions as chief was to go against his entire command staff and fire Officer Charles Starks after he shot a violent criminal that had struck him with a car. The command staff, many who have now left, said the shooting was justified. When the courts overruled, Humphrey’s decision, the city shamelessly fought the decision and Humphrey allegedly retaliated against his own deputy chief for testifying in the court hearing.

Humphrey was then sued by creditors for thousands of dollars, an issue that city officials apparently ignored prior to hiring him.

The lawsuits against Humphrey continued along with accusations of sexual harassment including a city director saying it was time for Humphrey to leave. 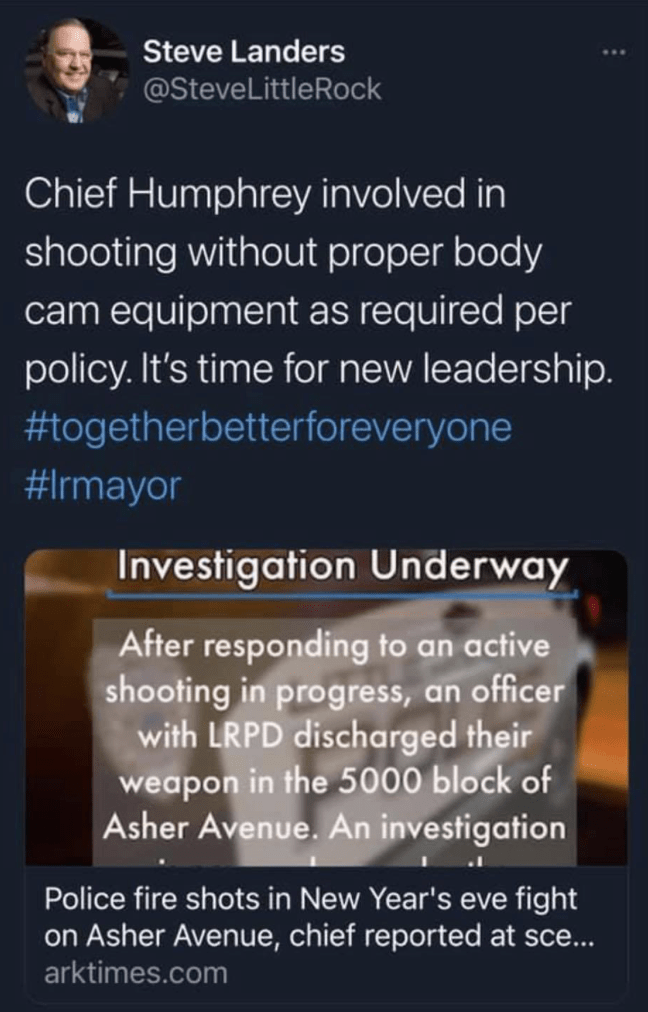 We covered much of this in 2020 because our sources in Little Rock were not only solid but they were hurting. The local media ignored much of it and while we cannot know the intent for that, being accused of racism was just one reason given why Chief Humphrey was having such a hard time and no one likes being accused of being a racist.

Humphrey is sort of a unicorn in that he still has a job and that is exactly why little, if anything, will likely be done to him after a New Year’s Eve shooting. To be clear, from the information we have, we believe the shooting is justified.

But just like Officer Starks, we wonder if Chief Humphrey will hold himself to the same standards he has held to others?

Will Humphrey be held accountable if he didn’t have a body camera in operation?

Will his tactics be questioned?

Did he properly assess all the risks prior to shooting, including the backdrop and third party civilians?

Did he properly “de-escalate” or did he place himself in a position that forced him to use deadly force?

The answer to these questions are important.

The current policy of the Little Rock Police Department says that anyone working patrol must check a body camera.

Mayor Frank Scott has previously said that the violation of the body camera policy should warrant termination.

We hope that all of those questions are answered and more importantly, the same standards that apply to police officers in Little Rock will also apply to the police chief.