The Bombshell Allegations Came From an Attorney 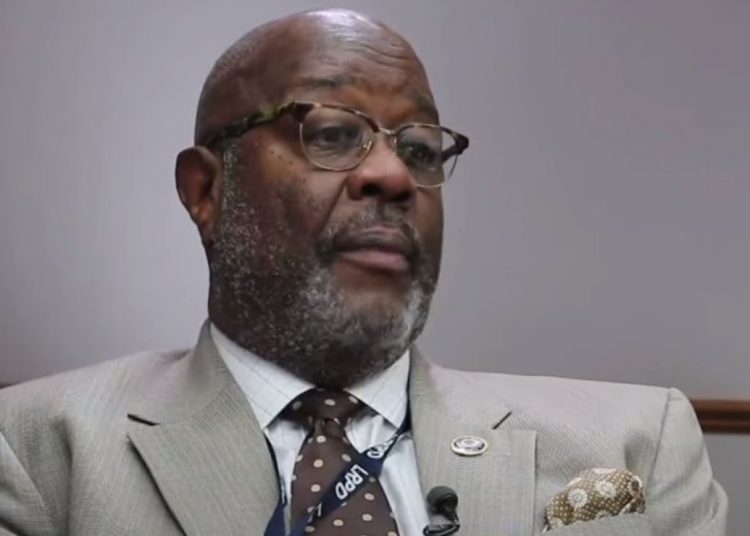 As we have reported here at Law Officer, Humphrey is the subject of several lawsuits alleging gender discrimination, violating state public records laws and retaliation against his leadership staff.

Telling Washburn, “there’s a lot more underneath the water here,” Burks said that “Nobody can just do what they want. You have to follow the law, even if you are the chief.”

“He has taken the law into his own hands…..The bottom line here is nobody is above the law.”

Expressing frustration, Burks said that all of this information was provided privately to the city of Little Rock and they that he tried to work out all of these issues internally.

Referring to Assistant Chief Finks who testified in the Officer Charles Starks hearing, “you can’t retaliate just because someone told the truth.”

“There is a culture of retaliation under Chief Humphrey.”

Burks called the officers that have risen up against Humphrey “courageous.”

It really is a “profile of courage” that these officers have taken a stand,” Burks said.

“I am hopeful this will get resolved because I have seen that courage…..These lawsuits can stop if people will just do the right thing.”

The interview took a shocking twist when Burks told Washburn that there is a pending investigation against Chief Humphrey for sexual harassment and that there was a history of this behavior long before Humphrey came to Little Rock.

“It is not just what has been reported today all of this information has been provided privately to the city including a lot of information about Humphrey’s sexual comments, sexual activities. All of this stuff that is not even out yet it has been provided to them and rather than placing him on administrative leave, rather than immediately asking him for his resignation, the political apparatus of the city is just frozen. Nobody has any courage over there to do the right thing……and the rank and file officers are just doing the right thing,” Burks said.

“I can confirm for you that City Human Resources has interviewed women in the police force, in the city of Little Rock about Chief Humphrey. There is an internal investigation into the actions of Chief Humphrey.”

Burks was asked if he was eluding to sexual harassment allegations.

“Yes, Sexual harassment allegations were provided to the city over a week ago and Humphrey has not been placed on administrative leave. Everybody has been playing political football with this like the government always does.”

Saying “you have to act when you are provided information,” Burks said that he hopes that by speaking out, that “they will do the right thing.”

Burks also detailed a disturbing history with Humphrey that was not vetted prior to his arrival in Little Rock.

“The context is Humphrey has a history and that history did not come out when he came to Little Rock…….Humphreys has a whole history of this and none of this had to happen.”

Saying that the Mayor hired Humphrey without Little Rock’s Board of City Directors involvement, he was not fully vetted and that “more people should have been involved in his hiring.”

“I’m hopeful the city will place him on leave and we can get a new chief in here.”

Burks closed with a word of caution.

“We have to run away from this guy. This is something you run from….We got to get this guy out of here. He’s getting worse”

Calling on leaders to have courage, Burks said that Little Rock simply needs someone to do the right thing.

You can listen to the interview below: