Two sergeants are also listed as plaintiffs against the chief 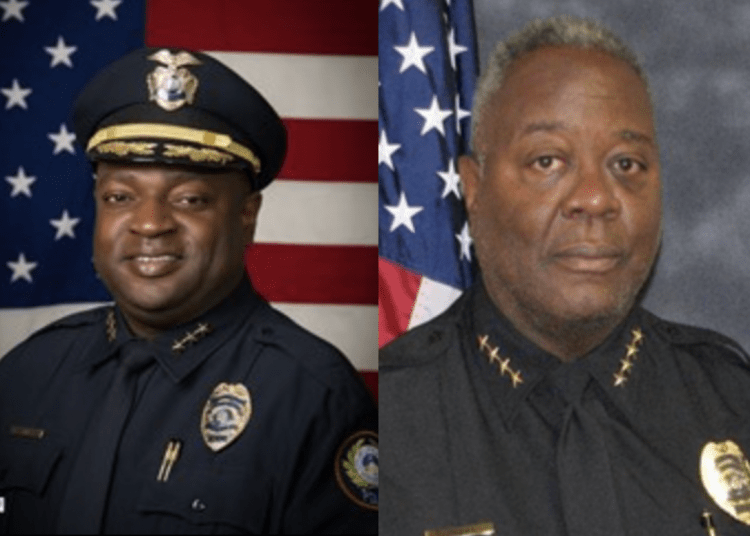 LITTLE ROCK, Ark. — Internal tension has been boiling to the surface at the Little Rock Police Department for more than a year following a fatal shooting of an auto theft suspect. Now the pressure seems ready to uncork as two of the agency’s top officials are headed to court amid continued fallout over the handling of a deadly encounter.

Assistant Chief Hayward Finks filed a lawsuit Wednesday in Pulaski County Circuit Court against Chief Keith Humphrey, KATV reported. The suit accuses Humphrey of retaliating against Finks after Finks testified that an investigation of the shooting was “rushed.” Officer Charles Starks fatally shot Bradley Blackshire in February 2019. Starks was cleared of legal wrongdoing but was fired after an internal investigation.

Finks and other staff members bucked the chief while holding to their firmly held principles. He is among three at the department who testified in July that the investigation into Starks’ use of deadly force was rushed and that Starks was denied his rights. His position was apparently shared by a judge who later ordered Starks’ reinstatement.

The next day, according to the lawsuit, Humphrey began “a campaign of retaliation” against Finks and others who testified. The suit says that Humphrey began slamming doors, “lashing out” and emailing human resources about the assistant chief’s job performance.

Last summer, Pulaski County Prosecutor, Larry Jegley said, “I was directly told that he [mayor] wanted to fire Officer Starks without any due process.”

Fulk testified that Scott wanted Starks fired the day the shooting occurred in February, but she explained due process and the possibilities of lawsuits if he in fact were to be fired on that day, KATV reported.

“There are a lot of things that were either rushed or not completed because there was pressure from Mayor Scott from the very beginning to do this investigation quickly and, in his opinion, to fire Officer Starks as quickly as possible,” Finks testified last summer.

The suit says that after Starks shot Blackshire, Humphrey helped organize a protest and then left town, leaving Finks, one of three assistant chiefs, in charge. Finks requested an internal investigation into the protests but Humphrey refused to conduct one, according to the suit.

“He (Humphrey) organized a protest against one of his own officers, and then left town,” a source told Law Officer.

Finks’ brother, Sgt. Duane Finks, and Sgt. Reginald Parks are also listed as plaintiffs. The suit alleges that Humphrey demoted Duane Finks and Parks without explanation after a motion for contempt was filed in a court case that resulted in Starks getting his job back at the police department.

“All of these heated reactions are the exact type of temptations that the logic of the law is intended to cool,” the complaint says. “Unfortunately, Chief Humphrey has lost sight of what makes our system of law so strong: two wrongs do not make a right.”

Finks, his brother and Parks are requesting compensatory and punitive damages as well as legal fees.

A police spokesperson had not returned a call seeking comment Wednesday morning, according to KATV.

Asst. Chief Finks has worked for the department for more than 30 years. He was among the final candidates to become police chief after Kenton Buckner left the position in late 2018. The job went to Humphrey, who was previously the police chief in Norman, Oklahoma. He was sworn in as chief last April.

However, details surrounding Finks’ candidacy were publicly revealed in August 2019. During his job interview for the Little Rock police chief position, Assistant Chief Finks said, Mayor Frank Scott Jr. asked him the same question four times: “Who would you fire first if you were hired as police chief?”

The early March interview came at a time when the department was investigating Starks’ fatal shooting. At the time, Starks, who was eventually fired before receiving a judicial reinstatement, faced criminal charges.

Finks said in an interview with Arkansas Democrat Gazette last summer that it was clear to him what the mayor was after with the repeated question.

“I told him, ‘Mr. Mayor, I can see where you’re going with this, and I think it’s inappropriate for me to talk about an ongoing investigation,'” Finks said. “When the question was asked, I knew what he meant.”

Starks was later exonerated by the prosecutor.

According to Law Officer sources, Finks has the support of the rank and file. He was preferred for the position of police chief when the mayor opted for Humphrey as an outsider. There is little doubt among LRPD officers that Mayor Scott opted for Humphrey as chief of police because he would fire Starks; something he eventually did.

In regards to Finks, “He’s a policeman’s, policeman,” said the source. “As a chief, he has ZERO issues jumping in the middle of a brawl with his officers. He’s done it. He should’ve gotten the job. Hands down.”

To date, the Scott/Humphrey effort to fire Starks has cost the city nearly $111,000 and counting, Law Officer reported.

Manning worked 23 years as a law enforcement officer for the Little Rock Police Department. Once he retired as a police officer, he still had a desire to serve the public, so he began working as a 911 dispatcher.

“Every opportunity you have to help someone out makes you feel better as a person,” said Manning of his decision.

However, things changed in March when one of his co-workers flew to Houston to pick up a relative from a cruise ship. Manning and others discouraged the trip, knowing the co-worker would spend more than seven hours in a car with someone who might have been exposed to the coronavirus on the ship. After bringing the concern to his supervisor, the supervisor decided that the employee did not have to self-quarantine after returning from the travel, Law Officer reported.

Manning is the sole caregiver for aging parents with health related concerns. In other words, they are vulnerable. As a result, he gave notice that he would stay away during the incubation period. Moreover, he volunteered to use sick time or even go without pay.

“My mother is terminally ill with congestive heart failure, so if she got anything that would be the end for her,” Manning said. “And my father is 75 years old, so to me it was an unnecessary risk.”

After giving notice of his decision and before missing a day of work, the supervisor warned Manning that he could face disciplinary action by the city.

Manning worried that because the co-worker in question had never been tested and was still in the incubation period after possible exposure, the city was premature in its assurance that the employee did not have COVID-19.

As a result, with notice to his supervisor, he self-quarantined for 14 days. When he tried to return to work, he was called into a meeting with Capt. Marcus Paxton and Chief Humphrey. According to his attorney, Scott Poynter, that’s when Manning was fired.

“There was certainly a lot of other things they could have done,” Poynter said. “He didn’t do anything to put anybody in danger obviously. And, he didn’t do anything that caused, as far as we can tell, any harm to the department. When we were communicating with them that he was going to have to quarantine, they never said this is going to cause irreparable harm to the department or this is going to cause problems with the shift. None of that ever occurred.”

The “irreparable harm” seems to be consistently distributed by the chief of police. Is a mutiny brewing? We shall see.