It Is The Fifth Lawsuit Against The Embattled Police Chief 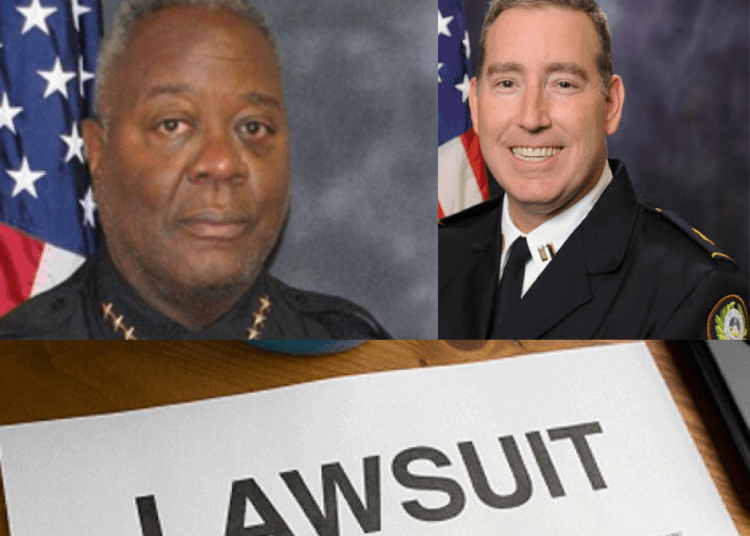 In what may feel like groundhog day to some of you, Little Rock Police Chief Keith Humphrey has once again been sued. This latest lawsuit, is the fifth one by nine of his staff members and a civilian.

All of them claim some form of retaliation stemming from testimonies made in Officer Charles Starks’ favor after the shooting death of Bradley Blackshire in February 2019.

The latest lawsuit involves Captain Marcus Paxton, who was in charge of the training division at the time of the shooting. His claims that after testifying in Starks’ civil service commission hearing, the retaliation from Humphrey came almost immediately.

Starks was fired from the Little Rock Police Department after fatally shooting Bradley Blackshire in February 2019. Despite his chain of command, including the District Attorney, ruling the shooting in policy, Chief Keith Humphrey fired him.

Starks was eventually reinstated following the testimony of his chain of command, including Paxton, that he followed policy and training.

IS IT TIME FOR THE LITTLE ROCK POLICE CHIEF TO GO

In the lawsuit, filed by Paxton, he alleges that Humphrey retaliated against him for testimony by officers in his command by transferring him, thus denying him pay and training he otherwise would have accumulated.

Paxton was transferred from the training academy to a job over civilians.

The suit says the retaliation began September 4th when officers in his division started testifying about the circumstances of Blackshire’s death.

On September 9, 2019, Humphrey emailed Paxton to criticize him and his Training Division officers who had told the truth in the Starks case testimony. He also threatened personnel changes.

Chief Humphrey then decided to remove Paxton from the training division and place him over civilians, but Paxton wasn’t told of this decision until October 1, 2019.

According to Paxton, Sgt. Tory Trammel had said Starks had not violated policies and testified about training that applied to his conduct.

Five lawsuits have accused Humphrey of retaliating against officers or violating the Freedom of Information Act. One lawsuit names both Humphrey and Mayor Frank Scott Jr. for allegedly pressing for the firing of Starks from the day of the shooting.

Chris Burks and Degan Clow have filed four of the lawsuits.

You can read this lawsuit here.