Little Rock chief gives the boot to another valuable employee 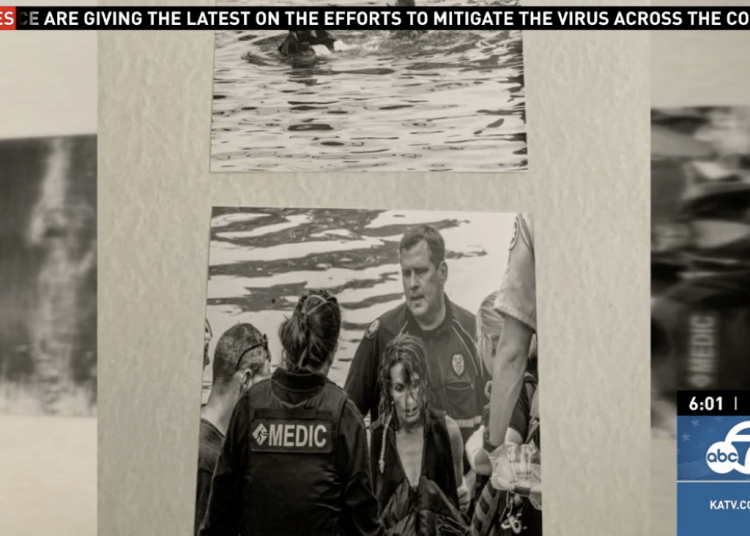 LITTLE ROCK, Ark.  — Aaron Manning worked 23 years as a law enforcement officer for the Little Rock Police Department. Once he retired as a police officer, he still had a desire to serve the public, so he began working as a 911 dispatcher.

“Every opportunity you have to help someone out makes you feel better as a person,” said Manning of his decision.

However, things changed in March when one of his co-workers flew to Houston to pick up a relative from a cruise ship. Manning and others discouraged the trip, knowing the co-worker would spend more than seven hours in a car with someone who might have been exposed to the virus on the ship. After bringing the concern to his supervisor, the supervisor decided that the employee did not have to self-quarantine after returning from the travel, KATV reported.

Manning is the sole caregiver for aging parents with health related concerns. In other words, they are vulnerable. As a result, he gave notice that he would stay away during the incubation period. Moreover, he volunteered to use sick time or even go without pay.

“My mother is terminally ill with congestive heart failure, so if she got anything that would be the end for her,” Manning said. “And my father is 75 years old, so to me it was an unnecessary risk.”

After giving notice of his decision and before missing a day of work, the supervisor warned Manning that he could face disciplinary action by the city. On March 19, KATV became aware of this story and asked Mayor Frank Scott Jr. about the situation with Manning and other dispatchers.

“There’s no disciplinary action being faced at this point in time,” Scott said. “We have visited with the Arkansas Department of Health and we understand there is no member of the Little Rock Police Department that has contracted COVID-19.”

Manning worried that because the co-worker in question had never been tested and was still in the incubation period after possible exposure, the city was premature in its assurance that the employee did not have COVID-19.

As a result, with notice to his supervisor, he self-quarantined for 14 days. When he tried to return to work, he was called into a meeting with Capt. Marcus Paxton and Chief Keith Humphrey. According to his attorney, Scott Poynter, that’s when Manning was fired, according to KATV.

“There was certainly a lot of other things they could have done,” Poynter said. “He didn’t do anything to put anybody in danger obviously. And, he didn’t do anything that caused, as far as we can tell, any harm to the department. When we were communicating with them that he was going to have to quarantine, they never said this is going to cause irreparable harm to the department or this is going to cause problems with the shift. None of that ever occurred.”

Manning said that in the meeting, Humphrey acknowledged his decades of service to the department without any disciplinary action and told him it was a personnel decision and was not personal.

Humphrey has made a series of questionable decisions recently reported by Law Officer, so we’d reasonably question his decision. The related articles below provide a series of events that have made us query Humphrey’s ability to lead.

“From my standpoint, especially with my mother concerned, I didn’t want to risk that,” Manning said. “I wanted her to have the best year or two years or whatever she has left in life, and I didn’t want to be responsible for that. So, by them terminating me, I was absolutely floored by it.”

The City of Little Rock responded to KATV with the following statement:

“Undoubtedly, this public health crisis is a major cause for concern among our essential employees who must continue to report to city offices and serve the residents of Little Rock. The City’s foremost responsibility is to protect its employees and its residents. We will not put our employees in a position to endanger themselves, their co-workers or the residents of Little Rock. We also will not breach the privacy and confidentiality of our employee’s medical records in order to confirm or deny a medical diagnosis. We continue to follow the guidance from the Department of Labor, CDC and the Arkansas Department of Health in order to provide the greatest protections to our employees who continue to work from city offices. With regard to COVID-19, the City is following guidance from the Arkansas Department of Health and releases only aggregate data on the sick leave of our employees. The City has not received information from any medical professional to suggest a need to quarantine an employee because of the pandemic that has not been followed. The City checks on the status of emergency services personnel concerning possible exposure to COVID-19 daily and takes appropriate precautions. These emergency services personnel include police, fire, MEMS, some in Public Works, and 911 Emergency Communications. As to any specific Division of the Little Rock Police Department, no one has been denied sick leave, based upon known contact with a person who tested positive, or based upon a request from a medical professional.”

Are you satisfied with this response? We aren’t. As a matter of fact, given the circumstances and their recent history, it appears rather lame.