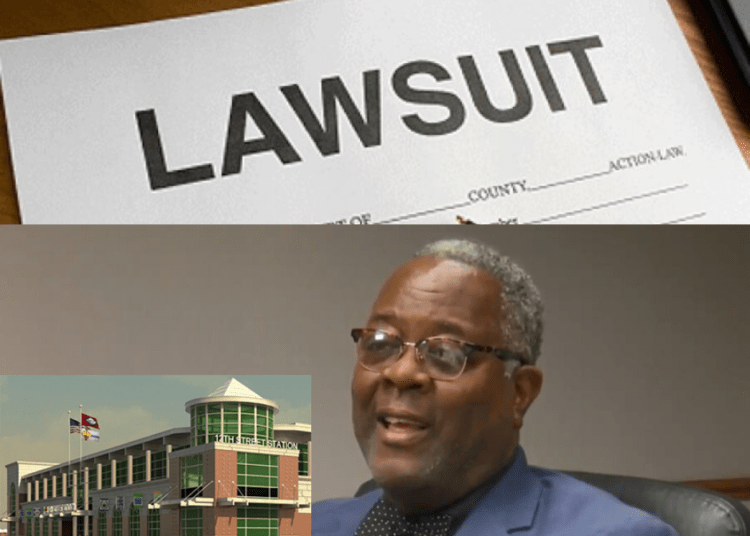 In what must feel like Groundhog Day at this point, Little Rock Police Chief Keith Humphrey has once again been sued and sources indicate to Law Officer that more are coming.

The Officers in Little Rock are suffering. This week alone, we have received a multitude of comments from Little Rock Officers. Just some examples of what we have heard from the men and women that serve the City of Little Rock.

“We are ashamed of what we have become.”

“I can’t believe our agency has fallen this fast.”

“We are living in hell and we have become a national embarrassment.”

If you aren’t familiar with the multitude of lawsuits and absolutely craziness going on in Little Rock right now, we encourage you to take a look here and get a summary that will help you digest this latest legal action against a failing chief.

Last year, Hause wrote the city attorney citing her intention to file a lawsuit against the city that refused pay that was owed to her.

Hause had been working an “on-call” status for several years but was not getting the standard pay that others receive under that status.

Her chain of command agreed with Hause and supported her claims with Human Resources.

While that case was eventually settled, sources claim that Chief Humphrey was upset with her chain of command.

Contemporaneously a civilian employee in that same chain of command was arrested. 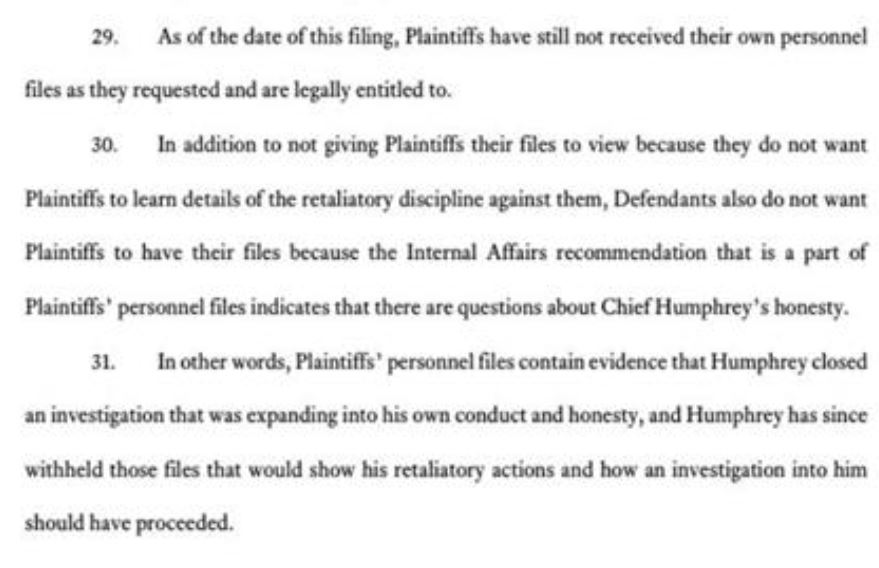 On December 31, 2019, Chief Keith Humphrey launched an investigation on the chain of command (King, Rothwell & McCauley) following the arrest citing that they failed to contact the public information office or him after the arrest.

Sources tell Law Officer that the accusation by Humphrey was false and Internal Affairs confirmed that by clearing all officers in the investigation and found no issues or policy violations.

IN THE MIDST OF LAWSUITS, LITTLE ROCK CHIEF CALLS HIMSELF RESILIENT & COMPETENT

According to sources, during the investigation, Internal Affairs uncovered evidence that Chief Humphrey was untruthful and they recommended that the Mayor investigate Humphrey for that untruthfulness.

Despite the results and subsequent recommendation by Internal Affairs, Chief Humphrey gave the officers discipline in the form of a letter of reprimand.

With ten days to appeal the discipline, the officers, with over 80 years of law enforcement experience, asked for their personnel file so they could effectively appeal the decision by Humphrey.

A request was sent through the Freedom of Information Act to obtain the files and that was denied.

It is unprecedented that employees of any organization are not given access to their personnel file. In law enforcement, these are used to review evaluations, check for discipline and to prepare resumes including promotion preparation.

Simply put, we have never heard of this in law enforcement anywhere.  But then again, we are in Little Rock….

Sources tell Law Officer that Chief Humphrey’s refusal lies in the fact that the recommendation by Internal Affairs to investigate Humphrey upon finding evidence of untruthfulness, resides in those personnel files.

The lawsuit states in part:

Chief Keith Humphrey has refused hard-working employees their own personnel files, punished them without any basis in fact, closed a subsequent investigation into himself, all while covering up a hostile work environment he directed the City of Little Rock Hunan Resources not to investigate. The suit merely seeks to end this cascading illegality and provide Plaintiffs their own files that all public employees are entitled to by law.

The lawsuit further states that:

In other words, plaintiffs personnel files contain evidence that Humphrey closed an investigation that was expanding into his own conduct and honesty, and Humphrey has since withheld those files that would show his retaliatory actions and how an investigation into him should have proceeded.

In closing, we want to reiterate here at Law Officer that after 15 years in the media industry focused on Law Enforcement, we have not seen anything like this.
It is hard to understand why any leader, regardless of competence or ethics, would act and continue to act the way this chief is acting.
We may never know the answer.
Sources have indicated that they fear that there is more going on than poor judgement. We are not yet at the point to expand on those claims but one thing is clear.
The Little Rock Police Department and the citizens of Little Rock need your prayers.