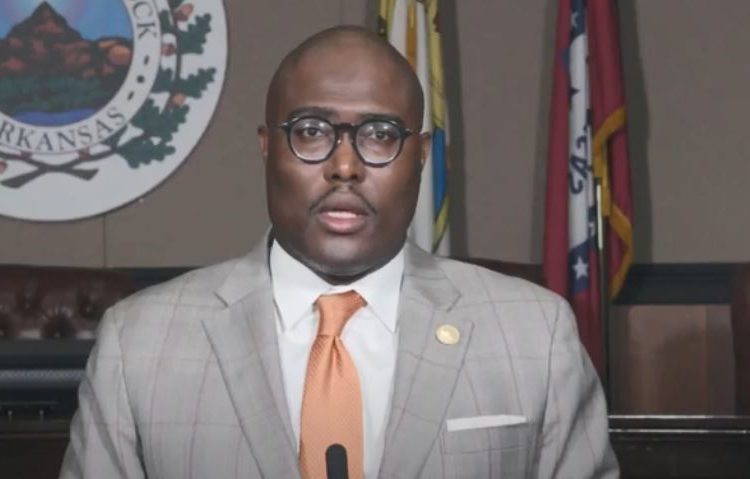 In recent weeks, Law Officer has been covering the circus that has become the Little Rock Police Department. That circus does not involve the officers but rather two specific individuals.

Humphrey has been the subject of multiple lawsuits from allegations of retaliation, harassment, gender bias and much more. In addition, he is being accused of preferential hiring recommendations based on the friendship of a female that he was seen leaving her residence at 6:00 a.m.

And there is much more coming.

Throughout all of this, Mayor Frank Scott hasn’t uttered a word….Until now.

On the heels of the Attorney General and Human Resources launching an investigation on Chief Humphrey, Mayor Scott announced his own investigation but it is not what you expect.

In a video posted to YouTube, Mayor Scott said that the goal of the review is to “ensure compliance with best practices in policy, procedure, and protocol within our Police Department. This review will also reassure residents of the Little Rock Police Department’s integrity.”

According to Scott, the review will be on the police department as a whole, and not on any one individual.

He stated that “while I won’t cite all the systemic issues that are exist within the department, here are a few: nepotism, de-escalation tactics, training and cultural competency….”

So let’s get this straight.

Mayor Frank Scott hired a police chief that has placed his city in one of the most negative spotlights we have ever seen in our 20 years of covering law enforcement news and his answer is to investigate the police department as a whole and on top of that, he cites issues that literally have nothing to do with what Chief Keith Humphrey has been accused of.

Those, he said. “will be adjudicated in the court of law” with the pending lawsuits.

What does training, nepotism, de-escalation and cultural competency have to do with any of this?

Scott literally sounds like a talking doll out of you name whatever social justice movement is out there.

It is also odd, that he announced this so called investigation at the same time that the Arkansas Attorney General has launched an investigation into Chief Humphrey.

Mayor Frank Scott must think that his community is stupid because it is unbelievable he could say what he did with a straight face.

A Little Rock Police Officer told us in an interview that “it is nothing but a dumpster fire in the department” and that they have never seen morale so low.

A dumpster fire is saying it lightly and just so Mayor Scott doesn’t think we are stupid, we are going to tell you exactly what will happen here.

This so called investigation is being done to run alongside other investigations launched outside the City of Little Rock to do one thing and one thing only…..protect his ass.

You see, that’s why Scott focused on “the department” and issues that have nothing to do with what Humphrey has been accused of.

When the truth comes out on Chief Keith Humphrey, the Mayor will be able to hold up his defunct investigation and say that the attacks on the chief are only because he is trying to fix these “systematic” issues he discussed in his announcement.

And then wait for it because it’s already been said……The attacks on Humphrey are racist.

That’s right, he will want you to believe that black assistant chiefs suing Humphrey is racist.

He will want you to believe that the firing of Officer Charles Starks (after he was cleared by the district attorney and the entire chain of command, including some that are black) and the reinstatement by the court is racism.

He will want you to believe that all Humphrey is trying to do is to “fix” the police department and it is racism that is the core of everything that has happened.

Racism will be pushed to divide the department and the community and it will be used to hide the evil that is happening right under the noses of Little Rock citizens.

This investigation by Mayor Frank is his last ride. It’s his chance to explain away why this is happening.

It will be his way to avoid all accountability in the hiring of a police chief that had litigation on thousands of dollars in debt, an issue that no police officer anywhere in the country could ever have been hired.

It will be his chance to explain away why a decorated retired police officer was fired as a dispatcher for simply self-quarantining when a fellow employee was possibly exposed to COVID-19.

Mayor Frank Scott will try but he will lose. He will lose because in America, this type of leadership always loses and when he does, we will be right here to report it to you.

Mayor Scott’s announcement is below but we are warning you. Do not watch it on a full stomach because it will make you sick.