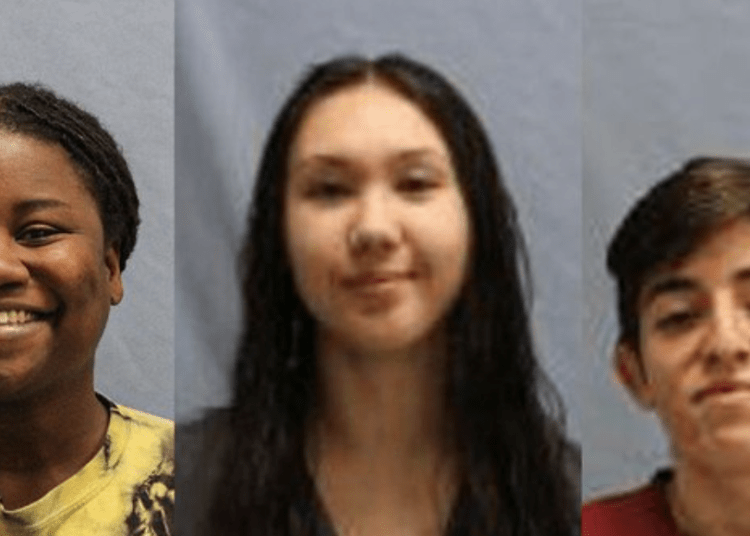 LITTLE ROCK, Ark. — A far-left journalist working in Arkansas was among four suspects formally charged last week in connection with the firebombings of police vehicles during Black Lives Matter protests (and riots) during the summer, according to reports.

Federal authorities alleged that Renea Baek Goddard, 22, was associated with a group that tossed Molotov cocktails toward Little Rock Police Department vehicles on Aug. 25 as a large crowd demonstrated outside the department’s 12 Street Substation, the Post-Millennial reported.

The months-long investigation by the federal Bureau of Alcohol, Tobacco, Firearms and Explosives, led to the arrest of four suspects, the report said, citing a Dec. 17 news release from the U.S. Attorney’s Office for the Eastern District of Arkansas.

“Today’s arrests send a message that violence targeted toward law enforcement will not be tolerated,” U.S. Attorney Cody Hiland stated in the release, according to FOX 16 of Little Rock. “Breaking into a police compound and firebombing a police vehicle with a homemade explosive device is clearly not a peaceful protest.”

Goddard was previously arrested and charged with obstructing government operations in violation of a local curfew during a BLM protest on June 2, with a court appearance scheduled for Jan. 22 in that case, according to the Post-Millennial report.

New report: 4 far-left activists have been arrested following ATF investigation into firebombing attacks in Little Rock. Renea Goddard, one of the suspects, is a journalist. Other arrestees include Brittany Jeffrey, Aline Espinosa-Villegas & Emily Nowlin. https://t.co/rc5jTMUKmn

The journalist has worked for KUAR Public Radio in Little Rock, contributed to the LGBTQ news outlet Autostraddle and interned for Arkansas Public Media after attending the University of Arkansas at Little Rock, according to the report.

Photos of Goddard posted online included an image of her in a nun-like outfit with a see-through top and slit-open leather skirt, Fox reported.

“As more and more white supremacists try to rebrand themselves, journalists have a responsibility to be vigilant,” Goddard wrote in 2019 on the news site Truthout. “There needs to be an end to this farce that neutrality necessitates taking a centrist position.”

Moreover, the three additional suspects charged last week also have been linked to far-left activism, according to the report.

Brittany Dawn Jeffrey, 31, is accused of allowing activists to use her home for assembling incendiary devices, and live-streamed her arrest on Facebook on Dec. 17, according to the Post-Millennial. The video initially showed her refusing to get out of her car when police approached her, the report said.

Jeffrey has numerous previous arrests, including one on July 12 for criminal trespassing as BLM activists demonstrated at a Conway, Ark., business after a former employee there was accused of racism. She is expected to face trial Jan. 14 in connection with that case, according to the Post-Millennial.

The other suspects facing charges were identified as Aline Espinosa-Villegas, 24; and Emily Nowlin, 27.

Espinosa-Villegas is described in the Post-Millennial report as “a transsexual Chilean national … who uses ‘xe’ pronouns and goes by the pseudonym, ‘Loba de Valparaiso’” The word “loba” translates to “she-wolf,” or b****.

Espinosa-Villegas was being held in the Pulaski County Detention Center without bail in connection with federal charges, the report said.

Nowlin, in addition to the firebombing of the police vehicles, also faces charges of misdemeanor disorderly conduct for joining others in blocking traffic during a June 2 protest, the Post-Millennial reported.

All four defendants made their first court appearance Dec. 17 in Little Rock, the report said.