'If it weren’t for them (police), we would not have the freedom to complain about what they do.' 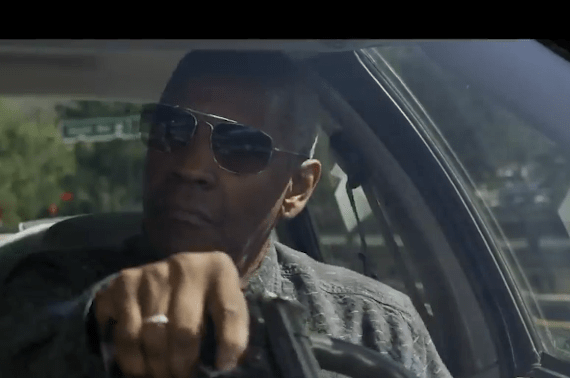 Denzel Washington during one of his starring roles. (Screenshot Yahoo Entertainment)

Too often Hollywood actors who play TV or movie cops hold disdain for the profession. On screen they appear to represent every facet of law and order, but off screen they don’t have two nice words to say about the institution of law enforcement.

Refreshingly, Denzel Washington, an actor who often plays a cop on the big screen, is an exception.

The dark new thriller The Little Things marks the 13th time the 66-year-old Oscar winner plays a law-enforcer during his illustrious career, most of them clean (The Bone Collector, Out of Time) but a few occasionally dirty (Training Day). In The Little Things, Washington plays a disgraced Los Angeles County Sheriff’s detective who finds a chance at redemption when he believes a serial killer he once chased is on another murder spree, Yahoo.com reported.

And while policing in America has been under heavy scrutiny in the wake of activist movements and calls to “defund the police” — a discourse that has extended into entertainment with the cancellations of shows like Cops and Live PD — Washington makes it clear where he stands on the issue.

“I have the utmost respect for what they do, for what our soldiers do, [people] that sacrifice their lives,” Washington tells Yahoo Entertainment during a recent interview. “I just don’t care for people who put those kind of people down. If it weren’t for them, we would not have the freedom to complain about what they do.”

Washington went on to explain the experience he had as a ride-along with a police sergeant prior to making the 1991 movie, Ricochet. In real life, the sergeant skillfully de-escalated a situation involving a distraught man who was armed with a rifle and two grandchildren who hysterically arrived on scene.

“This policeman diffused the entire situation by just remaining calm,” Washington said. “But it showed me in an instant how he could, how they can lose their life. … And he didn’t overreact. He could have pulled his gun out and shot the people that came driving up real fast. He could have shot the old man that was just distraught and a bit confused. I think he was suffering a little bit from dementia. But in an instant it taught me — and I never forgot it — what our law enforcement people have to deal with moment to moment, second to second.”