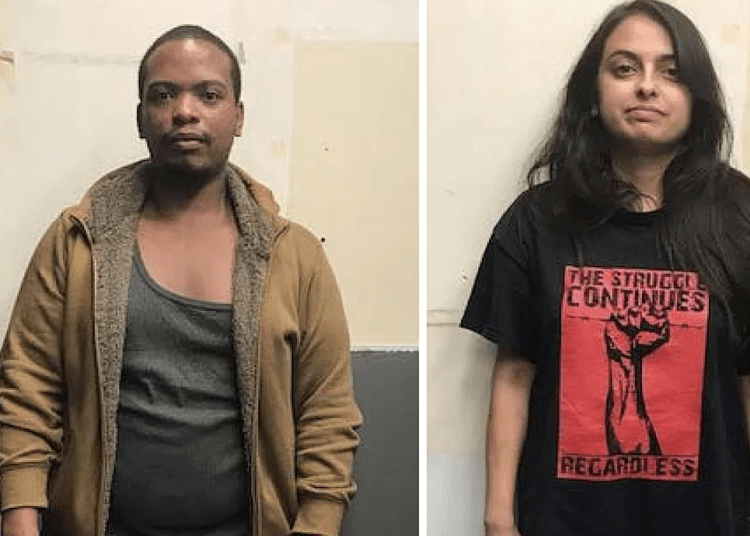 NEW YORK — A pair of New York attorneys pleaded guilty on Wednesday for their roles in a Molotov cocktail attack during May 2020 riots following the death of George Floyd.

Urooj Rahman threw a gasoline-filled bottle into an empty police vehicle, attempted to distribute Molotov cocktails to others, and then fled in a minivan driven by Colinford Mattis, prosecutors asserted while laying out the case, Reuters reported.

Their crimes occurred during Brooklyn protests after Floyd died while being taken into custody by Minneapolis police, which sparked nationwide civil unrest and rioting.

Rahman, 32, and Mattis, 34, each pleaded guilty in federal court in Brooklyn to a single count of possessing or making a destructive device.

“I deeply regret my conduct and wish I had made better choices on that night,” Mattis said.

Rahman also expressed regret, Reuters reported, while both lawyers acknowledged they would likely be disbarred as a result of their guilty pleas.

Two far-left attorneys who rioted for BLM in Brooklyn have pleaded guilty to a terrorist firebomb attack. Urooj Rahman threw a firebomb into a police car, tried to distribute more firebombs to others, then fled in a getaway van driven by Colinford Mattis. https://t.co/Xei98fvqfA pic.twitter.com/gSlGs8V3iR

The duo will be sentenced Feb. 8 by U.S. District Judge Brian Cogan. They have an exposure of up to 10 years in prison under a terrorism-related sentencing provision, according to Reuters.

“The terrorism enhancement is going to be a big issue. I have no idea where I’m going to come out on that,” Cogan said.

It’s noteworthy that Salmah Rizvi, who served in the Defense Department and State Department during the Obama administration, went to bat for Urooj Rahman following her arrest by guaranteeing $250,000 bail for the New York City attorney, Law Officer reported.

Rahman previously represented tenants in the Bronx as a public interest lawyer. Her current employment status is unknown.

Mattis, a graduate of Princeton University and the New York University School of Law, was an associate at corporate Manhattan firm Pryor Cashman, but had been furloughed at the outset of COVID. However, she was later suspended following her arrest.