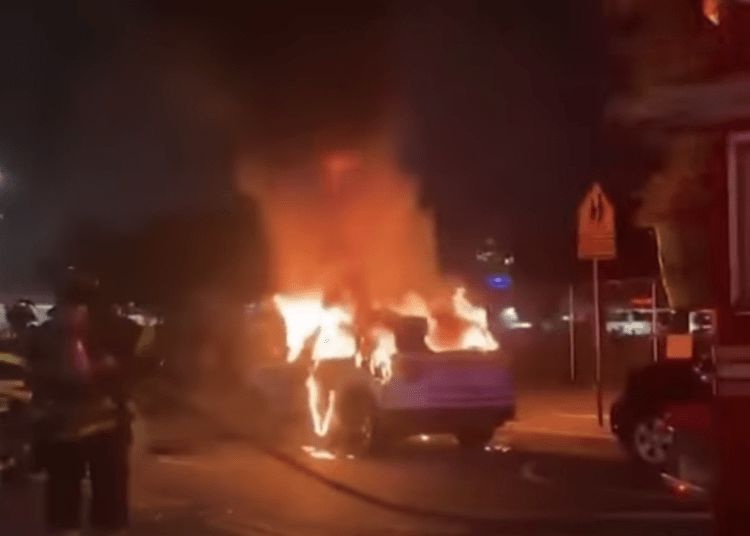 The Washington Free Beacon first reported that Salmah Rizvi, who served in the Defense Department and State Department during the Obama administration, went to bat for Urooj Rahman, who was arrested this weekend alongside Pryor Cashman associate Colinford Mattis.

Urooj Rahman after her arrest on Saturday. (Court for the Eastern District of New York) The Free Beacon noted that, according to her biography at the Islamic Scholarship Fund, Rizvi’s “high-value work would often inform the president’s daily briefs.” Rahman’s biography on Ropes & Gray’s website states that she was an analyst “focusing primarily on sanctioned finance operations.”

Moreover, Rizvi received a scholarship supported by the Council on American-Islamic Relations (CAIR), a radical anti-Israel group, and was a fellow at a legal organization that supports boycotting Israel. In 2009, the FBI severed its once-close ties to CAIR amid mounting evidence that the group had links to a support network for Hamas.

Rahman and Mattis are charged with intentionally torching a police cruiser, and could each face up to 20 years in prison. Mattis had been furloughed amid the coronavirus pandemic and is currently suspended without pay from Pryor Cashman, Fox News was told. Both have now made bail.

Prosecutors objected to the court’s decision to grant bail after showing a photograph that appeared to show Mattis driving a van from which Rahman reportedly hurled a Molotov cocktail at the police cruiser. Investigators said they later found additional incendiary devices in the vehicle.

Prosecutors said Mattis has “not demonstrated himself to be a rational person” and that “bomb-throwers” should not be released back onto the streets amid continuing demonstrations, Fox reported.

“The conduct was reckless, it was violent, it was completely lawless,” the judge said, before noting that the pair had a stable social circle and would be confined to their homes. The government has said it will appeal the judge’s decision to release the suspects.