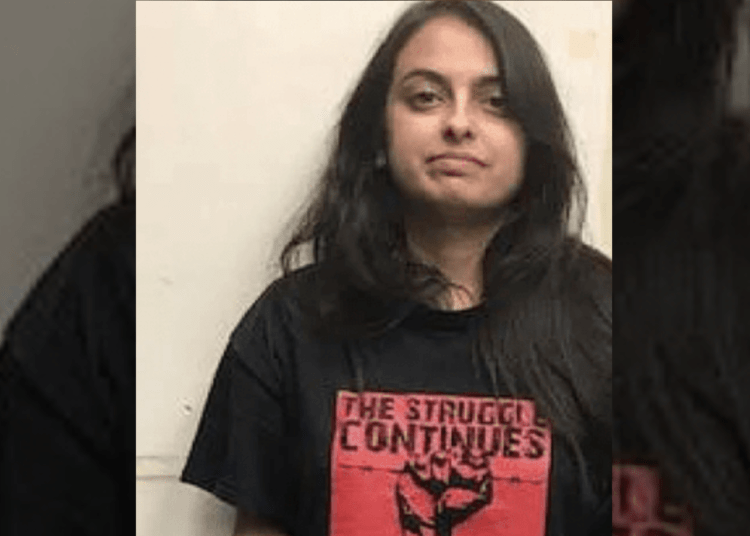 NEW YORK — New York City attorney Urooj Rahman was sentenced to 15 months behind bars on Friday for firebombing a NYPD patrol unit with another lawyer during 2020 riots following the death of George Floyd in Minneapolis.

Urooj Rahman, 33, threw a gasoline-filled bottle into an unoccupied police vehicle, attempted to distribute Molotov cocktails to others, and then fled in a minivan driven by Colinford Mattis, 35, prosecutors asserted while laying out the case, Law Officer previously reported. Their crimes occurred in Brooklyn on May 30, 2020, as civil unrest erupted throughout the country.

Surveillance cameras recorded Rahman hurling the incendiary device into a parked police vehicle, setting fire to its console. Although no officers were injured in the attack, the police car was severely damaged.

In October 2021, both attorney’s pleaded guilty in federal court in Brooklyn to a single count of possessing or making a destructive device. They were originally scheduled to be sentenced Feb. 8, 2022. They had an exposure of up to 10 years in prison under a terrorism-related provision, which appears negated due to Rahman’s sentence.

During the sentencing hearing for Rahman, U.S. District Judge Brian Cogan praised her for choosing a career in public interest law to fight against social injustices after the defendant apologized to the court for her actions, WTOP reported.

“You’re a remarkable person who did a terrible thing on one night,” Cogan said.

However, the judge also scolded her for thinking she could get away with the violent act as a form of protest.

“It displays an amazing amount of arrogance. … It’s just a very arrogant way to think,” he said, as he dispensed a 15 month sentence. Prosecutors originally sought 18 to 24 months.

Mattis is scheduled to be sentenced next month.

According to WTOP, both attorney’s have subsequently been disbarred. Rahman previously represented tenants in the Bronx as a public interest lawyer.

She hurled a Molotov cocktail at a police van that was occupied by four officers during 2020 riots. As she hurled the device, Shader called out to the protesters around the van to “get out of the motherfucking way.”

The incendiary device struck the NYPD van and shattered two of its windows, but did not ignite as expected. While trying to make her getaway, Shader bit a NYPD officer on the leg.