Samantha Shader was sentenced Tuesday to six years in prison after pleading guilty earlier this year. 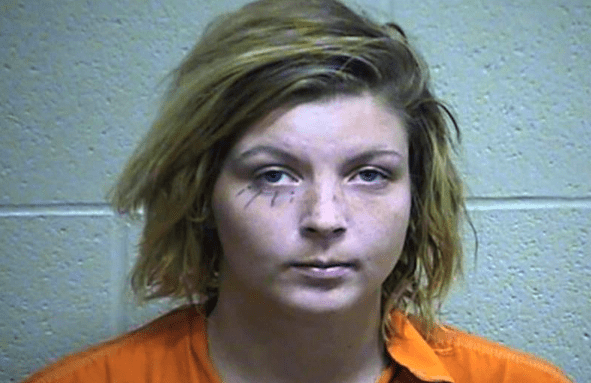 NEW YORK – A woman from upstate New York was sentenced to prison for several years after hurling a Molotov cocktail at a van occupied by NYPD officers during 2020 riots.

Samantha Shader, 29, was initially charged with seven different criminal counts and potentially faced up to 20 years in prison if convicted. However, she eventually pleaded guilty to a single count of using an improvised incendiary device in April of this year. She was sentenced on Tuesday in a Brooklyn federal court to six years in prison by U.S. District Judge Dora L. Irizarry, reported Law&Crime.

Shader was among several individuals charged with using Molotov cocktails against NYPD and their vehicles during 2020 riots following the death of George Floyd in Minneapolis.

Shader threw a Molotov cocktail at a police van occupied by four officers in the Crown Heights neighborhood of Brooklyn. The crime was caught on a video. Fortunately, no officers were injured in the attack.

Update: Along with Samantha Shader, @EDNYnews says a man and woman, Colinford Mattis and Urooj Rahman of #Brooklyn are charged in a separate case for throwing a molotov cocktail at #NYPD vehicle near the 88th precinct. All 3 have a court appearance Monday. #GeorgeFloydProtests https://t.co/swBCq4g95P

As she hurled the Molotov cocktail, Shader called out to the protesters around the van to “get out of the motherfucking way,” according to Law&Crime.

The incendiary device struck the NYPD van and shattered two of its windows, but did not ignite as expected. While trying to make her getaway, Shader bit an NYPD officer on the leg.