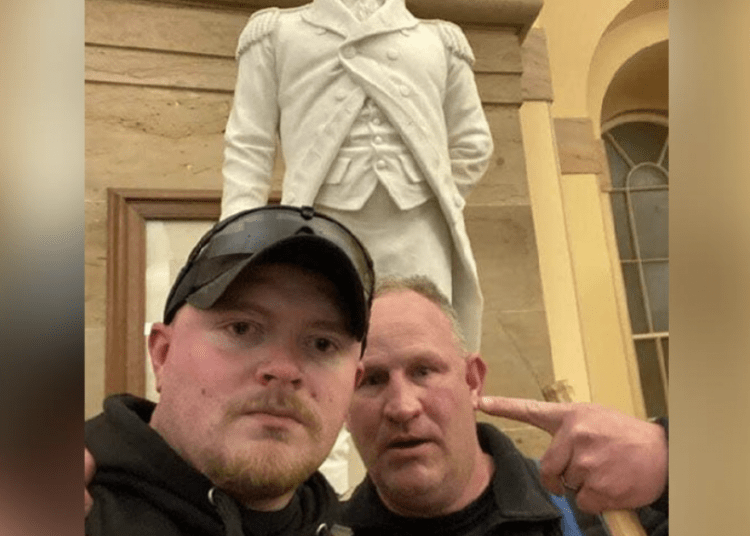 ROCKY MOUNT, Va.  — The Rocky Mount Police Department has terminated employment for two officers for their participation in the Capitol riot earlier this month.

Rocky Mount police officers Thomas Robertson and Jacob Fracker were initially suspended with pay and then suspended without pay this weekend after a photo of them inside the Capitol surfaced on Facebook.

Robertson previously told ABC13 he sent the photo as a joke and the two were ushered in by Capitol police.

Newly-unsealed warrants from the FBI tell a different story.

According to the documents, Robertson allegedly went on to tell a friend that seeing the senators “cowering on the floor with genuine fear on their faces is the most American thing I’ve ever seen in my life.” He reportedly went on to tell the friend, “Remember who you work for.”

He said, “We did it haahah, it was f***** amazing. Flash bangs going off, CS gas, rubber bullets flying by. Felt so good to be back.”

The affidavit also says he sent a video to a friend that shows the two officers going around a barricade to get inside the Capitol.

The Town of Rocky Mount says they have followed the necessary due processes to conclude their review and notified Robertson and Fracker of their decision.